Euro 2020: Germany drawn against France, Portugal in group of death 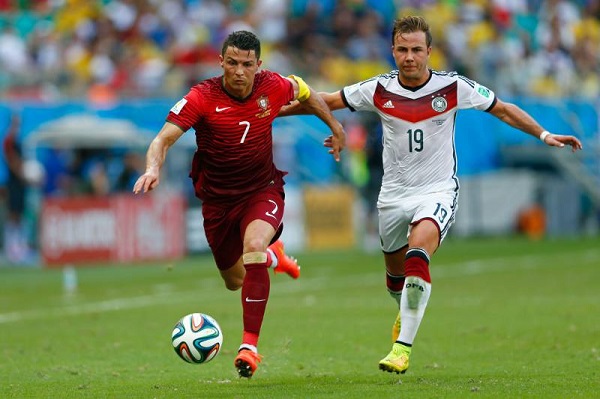 Germany will battle European Giants Portugal and France in Group F of the 2020 Euros. 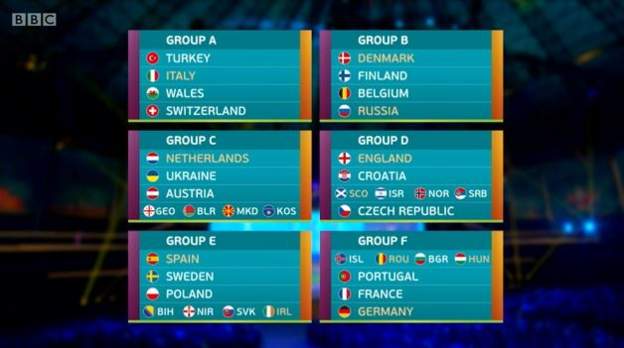 England have been drawn against Croatia and Czech Republic in Group D at UEFA EURO 2020, with Wales alongside Italy, Switzerland and Turkey in Group A.

The winners of Scotland's play-off path, which includes Norway, Serbia and Israel, will join England's group.

The tournament's opening game will see Italy host Turkey in Rome on 12 June.

Scotland, Northern Ireland and the Republic of Ireland all feature in the play-offs next March, where 16 teams will compete to fill the final four places.

The draw in total