"Finally, some people will see that; All That Glitters Is Gold" - Legon Cities taunts Olympics ahead of clash 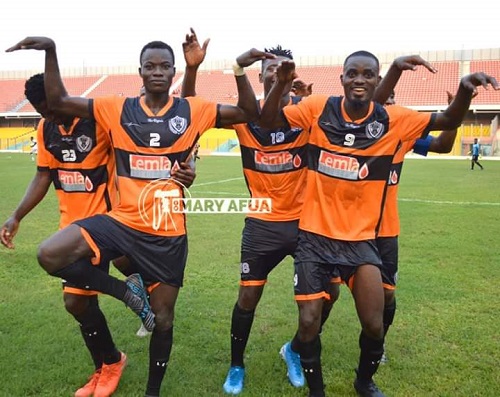 Legon Cities have thrown a word of caution to Great Olympics that they will teach them a bitter lesson when the two sides meet later this week.

The Royals will be locking horns with the Wonder club on Friday, February 14 at the Accra Sports Stadium in the Ghana Premier League matchday 9 encounter.

According to Legon Cities, the match will be played under floodlights and as it is Valentine's Day, there will be a lot of giveaways for the supporters.

It will be recalled that, when Legon Cities lost their first game, Olympics tweeted "Not all that glitters is gold. ðŸ˜" which was believed to be aimed at the Royals 3-1 home defeat to Asante Kotoko at the Accra Sports Stadium.Â

Not all that glitters is gold. 😁

Seems Legon Cities, however, took the tweet personal and plans to payback Olympics for the jibe by beating them this Friday.

"Finally, some people will see that; All That Glitters Is Gold" ðŸ˜¹

What makes this match exciting is the two clubs are tied on 10 points and a win see one leapfrog another, further earning them the bragging rights.