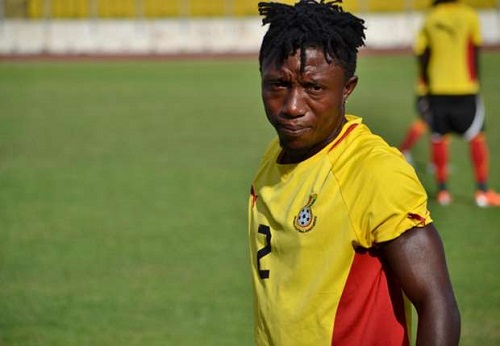 Former Aduana Stars defender Godfred Saka has completed a move to Accra Great Olympics ahead of the start of the 2019/2020 Ghana Premier League campaign.

The right-back who spent time at Red Bull Academy during his youth career has been without a club after his departure from Nzema based side Karela United in 2018.

"We are delighted to announce our new signing for the upcoming season. Godfred Saka joins us with a wealth of experience in the game here," a club statement read.

His capture follows that of Emmanuel Clottey who joined the Wonder Club early this month.

Accra Great Olympics were reinstated to the top tier after a proposal during the GFA extraordinary congress was affirmed by delegates.