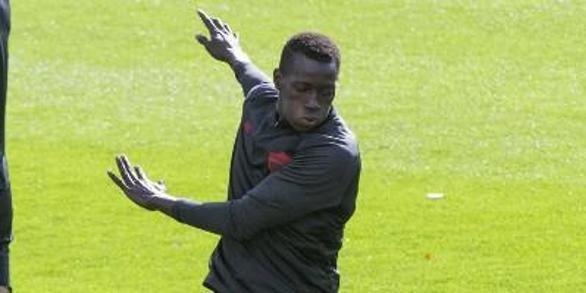 Joseph Bouasse Perfection has died at the age of 21 after the former Roma midfielder suffered a heart attack on Sunday night.

While Perfection never went on to make a first team appearance for the Italian side, he was recruited by them following an impressive trial less than two years ago.

Once news emerged that he had tragically died, Roma paid tribute to their former youth player.

Paying tribute to their former player on Twitter, Roma wrote: 'The club is desperately saddened to learn of the untimely death of former Primavera player, Joseph Bouasse Perfection.

'The thoughts of everyone at #ASRoma are with all those closest to him.'

LaLiga side Sevilla added: 'Heartbreaking news. Our thoughts are with Joseph's family, friends, and everyone at AS Roma. Rest in peace, Joseph.'

Bouasse was reportedly trafficked into Italy in 2015 as a migrant according to ESPN.

The detail goes on to add that he was left at a train station and was left to fend for himself in earning a career in football.

Having 'fled' his home country of Cameroon at the age of 16, he ended up showcasing his talent with Liberi Nantes — Italy’s only all-refugee team.

Bouasse was eventually spotted, offered a trial and then Roma boss Luciano Spalletti invited him to first team training to see how he would match up against the club's biggest stars.

After he signed a deal with Roma, he trained alongside the likes of Daniele De Rossi and Francesco Totti during his time in the Italian capital and featured 11 times in the club's youth team.

Bouasse later spent time out on loan with Vicenza in Serie B in 2017 before his contract at Roma ran out in 2018.

He moved to Universitatea Cluj in the second tier of Romanian football in February of this year.