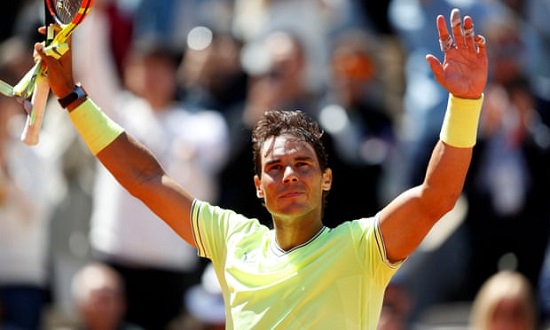 It was the longtime rivals’ 39th career meeting, but their first at Roland Garros since 2011. Federer had won their last five matches, but still has never beaten Nadal at the French Open in six tries.

It’s no wonder: Nadal, 33, is an 11-time French Open champion and the greatest clay-court player in history. Federer, 37, is not too shabby on the dirt either, as he showed by reaching the semifinals despite not playing at Roland Garros in four years.

But his run ended at the hands of Nadal, which it often does in Paris.

On Sunday, Nadal will face the winner of the semifinal between Novak Djokovic and Dominic Thiem later Friday.