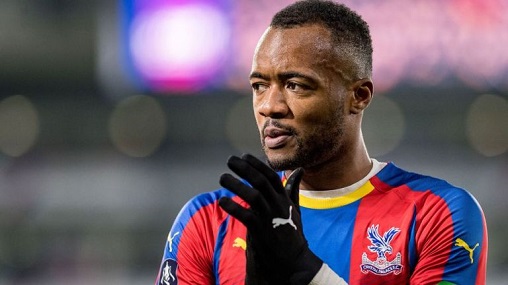 The Ghanaian striker over the weekend was at his best as he aided his outfit to victory over Bournemouth.

The Palace forward netted in their 2-0 win over the visitors on Saturday night.

Ayew reached the 25 goal mark in 129 matches while Yeboah scored his 24 goals in 47 appearances.

GFA President Kurt Okraku has taken to Twitter to praise the 28-year-old for making Ghanaians proud.

Luka Milivojevic put Roy Hodgson's side in front in the 12th minute with a sumptuous free-kick from the edge of the box.

The strike was the former Olympique Marseille forward’s ninth of the season.

He has now scored 25 goals in the English top-flight since signing for Aston Villa five years ago.

Jordan Ayew will hope to continue his fine form when the Eagles travel to play League leaders Liverpool at Anfield in their next game on Wednesday.