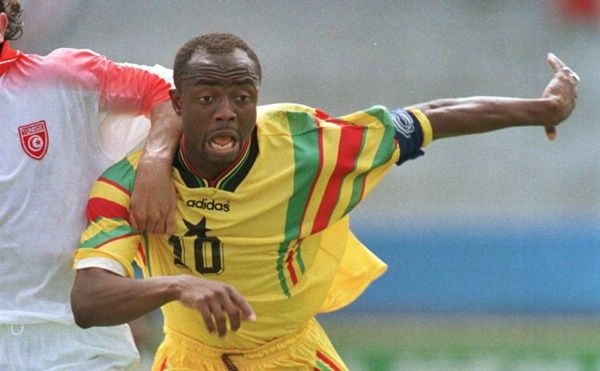 Despite, ex-players and technical men in recent weeks naming their best XI, Kurt decided to only name his favourite two Ghanaian players.

According to him, former Liberty and Sunderland striker Asamoah Gyan and ex-Marseille midfielder Abedi Pele are his two favourite Ghanaian players.

“I will just give you two names who in my opinion (that I saw playing) have been fantastic,” Kurt Okraku said during an interview with GhanaWeb.

“One is the general captain of the Black Stars the Baby Jet (Asamoah Gyan) and the other one; the only one, the Maestro (Abedi Pele).

Gyan is the all-time leading goalscorer of the Ghana national team, with 51 goals in 109 games since making his international debut in 2003.

The ex-Liberty Professional striker has also represented Ghana at the 2006, 2010 and 2014 FIFA World Cups.

In 2006 World Cup, Gyan scored Ghana's first ever goal in the FIFA tournament, which was the fastest at the said tournament after just 68 seconds against Czech Republic.

Abedi Pele on the other hand, is a three-time African footballer of the year winner and has won a host of titles including the Nations Cup with the Black Stars in 1982, as a teenager.

He played for several European clubs and found his fame in the French Ligue 1 with Lille and Marseille, the latter where he won the UEFA Champions League in 1993, being the first Ghanaian player to win the trophy.

Both Asamoah Gyan and Abedi Pele once captained the Black Stars