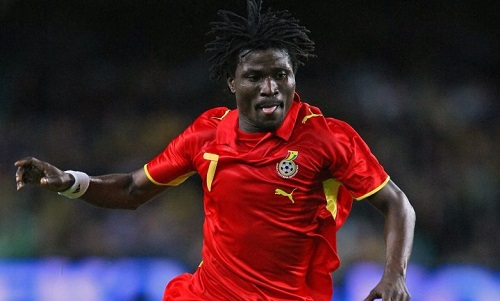 Kingston who featured 41 times for the senior national team scoring 6 goals in the process has picked the best XI he played with.

Naming his best XI in a traditional 4-4-2 formation the 39-year old went for his brother Richard Kingson to be in his posts.

In defence, he chose John Painstil to occupy the right-back position while Hans Adu Sarpei has been picked on the opposite flank.

In central defence, he went for the partnership of Eric Addo and John Mensah.

Moving on to midfield,  he had Michael Essien and Stephen Appiah in the central middle, picking himself and Sulley Muntari to fill the Right and Left-wing positions.

The attack of the team is made up of Ghana’s all-time scorer Asamoah Gyan and Mathew Amoah.