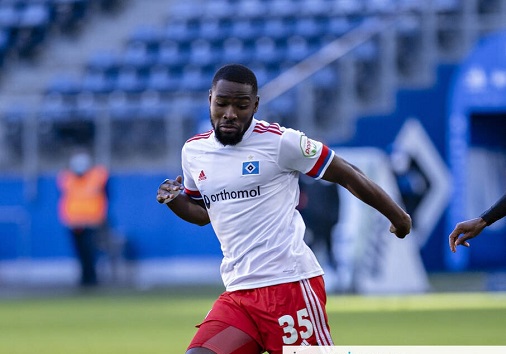 Ghana defender Stephan Ambrosius has ruled himself out of the World Cup in Qatar due to an injury.

Ambrosius, who is on coach Otto Addo’s preliminary list, announced on Monday that he will be unavailable due to an injury suffered over the weekend.

In a social media post, the centre-back expressed his disappointment but wished the Black Stars luck in the tournament.

“Very frustrating. Unfortunately, I’ll be missing the next games. Thank you so much for all the well wishes! I wish my club and the national team all the best on their upcoming tasks.”

Ambrosius is yet to make his Ghana debut after committing his international future to the West Africans earlier this year.

He was born in Germany to Ghanaian parents and played for Germany at the youth level before switching to Ghana.

The 23-year-old was hoping to be included in the final squad, which will face Portugal, South Korea, and Uruguay.