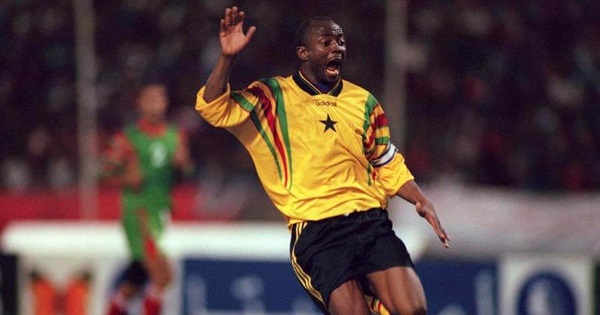 Former Black Stars player Nii Odartey Lamptey says if Abedi Pele had featured in the final of the 1992 Africa Cup of Nations, Ghana would have won its 5th title.

Ghana had to face Ivory Coast in the tournament hosted in Senegal but was without their skipper and talisman Abedi Pele.

Many have said that Abedi was the missing link in the Black Stars team for the final and Odartey Lamptey who was part of the squad supports that assertion.

"I was dying to play with Abedi Pele, he was an African footballer of the Year and was like a genius, we missed him in the 1992 AFCON final and it was a big blow to us if Abedi was part of the squad we would have beaten Ivory Coast and won the trophy," he told Joy Sports.

Following the suspension of Abedi 'Pele' Ayew in the semi-finals through accumulated cards, head coach Otto Pfister was ordered to hand over the captain's armband to Tony Baffoe and it affected the demeanour of the playing body, according to reports.

The Maestro had led the Black Stars to damage and eliminate arch-rivals Nigeria at the semi-final stage of the tournament in Senegal 28 years ago.

The 1992 AFCON is perhaps the three times African Footballer of the Year’s best AFCON campaign.