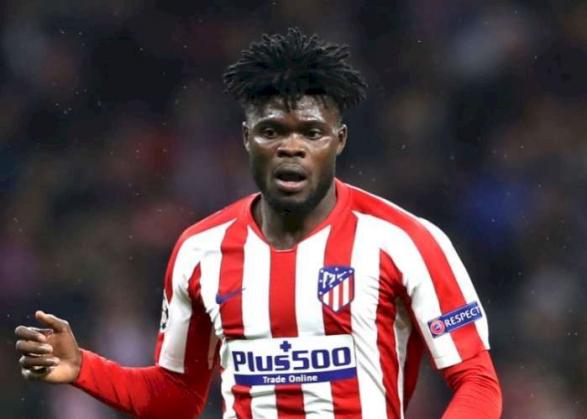 Atletico Madrid star Thomas Partey has been urged to snub a move to either Arsenal or Manchester United and instead stay in La Liga.

That is the view of former Aston Villa and Ghana international Nii Odartey Lamptey.

Partey's performances for Atletico Madrid have attracted the attention of several clubs across Europea, including Arsenal, United, Juventus and Inter Milan.

And while Atletico have been in discussions with the player about extending this deal, and removing the release clause, no agreement has yet been reached.

And Lamptey, who broke into the Ghana national team aged 16, has warned Partey that a bad transfer decision could potentially "destroy" his career.

â€œThere are numerous offers coming for Thomas Teye Partey but his career will take a nosedive if he doesnâ€™t choose his next move well,â€ Lamptey told Ocean 1 TV, via Goal.

"The country and league he will pick will determine his future. I will advise him to stay in Spain rather than going to England or Italy.

â€œPer style of play, he can move within Spain and join another top club rather than focusing on the financial gains to move out of the country because that can be suicidal.

â€œSometimes, decision making can destroy your career. My move to England was a wrong one for me.

"Aston Villa was a wrong move because their style of play was not going to suit me. If I had gone to France or Spain at that time, it would have helped my career more than going to England."

Partey came through Atletico's academy and after loan spells at Mallorca and Almeria he has gone on to establish himself as a key player for boss Diego Simeone.

The player's father, Jacob, recently claimed that during a discussion with his son, Partey had confirmed to him that Arsenal were holding talks over a summer deal.

Partey has made 35 appearances in all competitions this season and despite being a defensive midfielder has also chipped in with three goals and an assist.

He has also featured in every Champions League game for Los Rojiblancos this campaign and he played every minute of their sensational 4-2 last 16 victory over Liverpool.