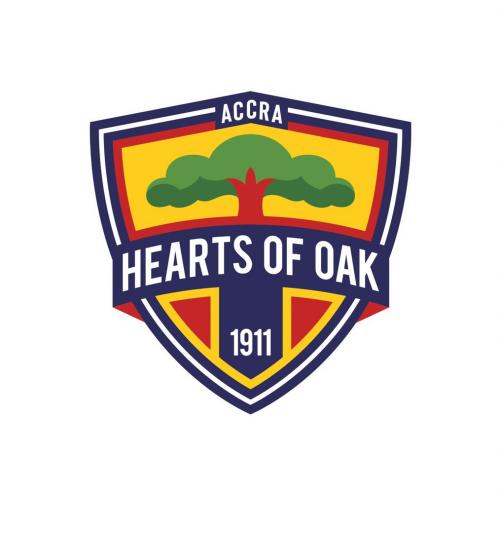 Management and supporters’ leadership of Ghana Premier League club, Accra Hearts of Oak, has condemned the failure of fans to adhere to COVID-19 protocols in their game against Great Olympics.

Hearts of Oak became the first casualty of being handed a stadium ban by the Ghana Football Association (GFA) after not following the Covid-19 Safety Protocols in the 2-0 defeat to Great Olympics on January 30 the Ga Mantse derby of Ghana Premier League matchday 11 encounter.

READ ALSO: Justice Blay does it again as Medeama beat Hearts of Oak

The GFA on January 19 issued a circular cautioning Clubs that it would close down any Match venue where the Covid-19 Safety Protocols are violated.

Following their failure to adhere to the Covid-19 matchday protocols they have been punished to play behind closed doors for the rest of the season.

The Club have issued a statement signed by the club’s communications manager, Kwame Opare Addo, stating that measures were put in place to ensure adherence to the protocols but the fans disregarded it. 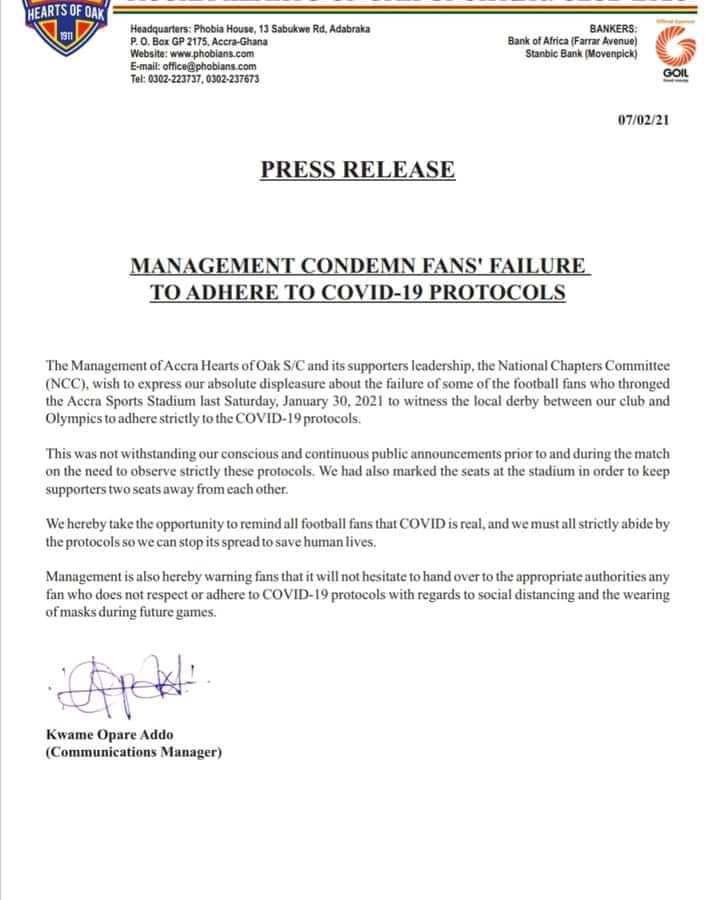