Justice Blay does it again as Medeama beat Hearts of Oak 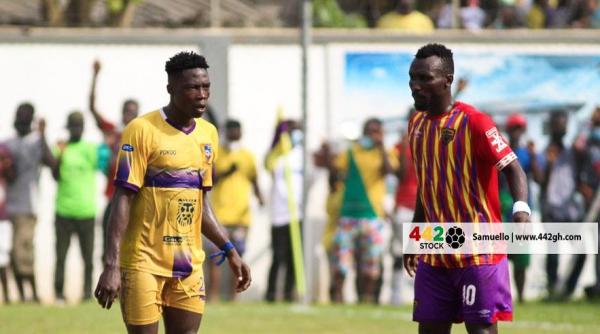 Justice Blay is proving to be a thorn in the flesh of Hearts of Oak as his second-half strike ensured Medeama recorded victory in their 2020/21 Ghana Premier League week-12 encounter.

The midfielder who last year was on loan at Asante Kotoko scored the opening goal against the Phobians in the 2019/20 Ghana Premier League fixture as the Porcupines Warriors went on to win the game 2-1 at the Accra Sports Stadium.

Back at his parent club, Medeama the 28-year-old scored the only goal as the Tarkwa based club beat travellers Hearts of Oak at the Akoon Park.

Following a goal caged first half where both sides failed to find the back of the net, Blay after the recess put his side ahead.

He finished off a well-taken freekick from Bright Enchill in the 50th-minute mark. Hearts of Oak threw caution to the wind in search of the equalizer and subsequently get the victory at the Akoon Park but Medeama remained resolute to pick up the maximum points as referee for the day is Rustum Gameli Senorgbe brought proceedings to an end.

The win thus sees Medeama SC surge to 9th on the Ghana Premier League standings with Hearts of Oak dropping to 11th.