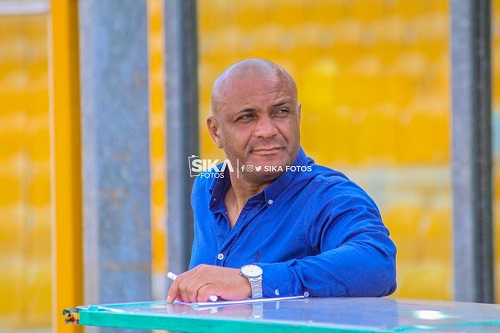 Head coach of Hearts of Oak Kim Grant says his outfit will try to be competitive in the 2019/20 Ghana Premier League but cannot promise the title at the end of the season.

The Accra-based club are on a 10-year trophy drought since last winning the domestic toplight championship in 2009. Domestic football have been on a hiatus for the past year and the Ghana Football Association have announced that 2019/20 Ghana Premier League will kick off on the weekend of 27-29 December 2019 at match venues across the country.

READ ALSO:  My focus is to win the League not friendlies - Hearts coach Kim Grant ...

Kim Grant noted that he is happy about the return of football in the country and his outfit will be ready before the start of the season but can't promise a trophy at the ended of the season.

"It is not going to be easy every game is going to be like a cup final because every club will want to beat us."

"But what we'll to do is win as many games as possible and try to be at the front foot at every game and hopefully, by the end of the season we will be worthy winners."

Hearts of Oak have engaged in a series of friendlies to keep shape ahead of the season. They last played Wa All Stars in a preseason friendly at the Accra Sports Stadium which ended 1-1.