A man in Western Regional capital Takoradi has been arrested by Police for selling fake Hearts of Oak Umbro jerseys.

According to information gathered, the unauthorised agent was selling one Hearts of Oak Umbro kit for 10-15 cedis. The original jersey of the Continental Club Masters cost 160 cedis and 150 cedis for Phobian for life supporters.

It can be recalled that,  Chief Executive Officer (CEO) of Hearts of Oak Frederick Moore said his outfit will not take it kindly with anyone caught trying to replicate their Umbro jerseys. 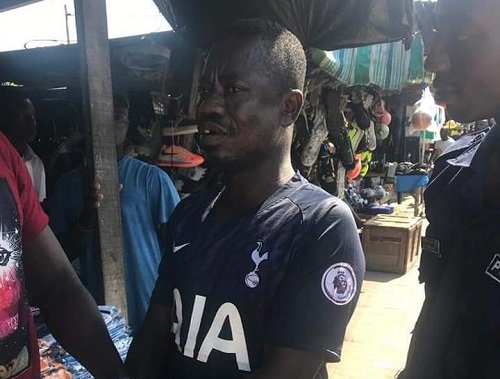 His comments follow that of the unveiling of the clubs official kits for the new season as there are fears some manufacturers will look to take advantage and populate the market with fake and cheaper versions.

According to Moore whoever is caught trying to manufacture any of the replica jerseys will be prosecuted.

“Anybody who attempts to replicate our jerseys will be arrested because our logo is protected, so if anything like that happens the person will be prosecuted,”

"We are determined to make sure our supporters get quality, we are not selling it for profit, we have named a price that an average supporter can buy one.”