I feared for my life during arrest in Greece - Harry Maguire 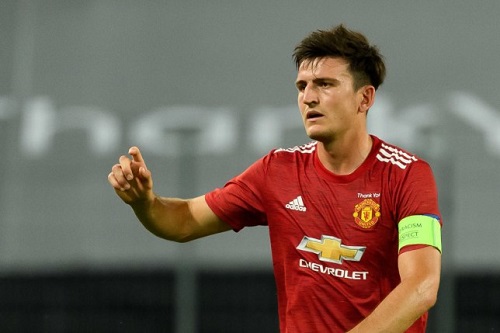 Manchester United defender Harry Maguire said he feared for his life when Greek police arrested him last week as he thought he was being kidnapped.

The England international told BBC sports editor Dan Roan that plain-clothed police officers, who did not identify themselves, pulled over his group's minibus in Mykonos, threw him off the bus, hit him on his legs and told him his career was over.

The 27-year-old said he tried to run away - with one handcuff on - because he had no idea who the men were.

On Tuesday, Maguire was given a suspended sentence of 21 months and 10 days in prison after his trial on the Greek island of Syros.

He was found guilty of repeated bodily harm, attempted bribery, violence against public employees and insult after arrest on Mykonos.

On Wednesday, his legal team lodged an appeal against the verdict. In accordance with Greek law, the appeal nullifies Maguire's conviction and there will be a full retrial in a more senior court.

An emotional Maguire, who broke down during the interview, said hearing the guilty verdict was "horrible" and that he "couldn't quite believe it".

The centre-back, who denies throwing any punches or trying to bribe the police, added: "I don't feel I owe an apology to anybody.

He said: "I don't wish it on anybody. Obviously the situation has made it difficult for one of the biggest clubs in the world, so I regret putting the fans and the club through this, but I did nothing wrong.

"I found myself in a situation where it could have happened to anybody and anywhere."

Asked how badly he was hurt, Maguire said: "They hit me a lot on the legs. It wasn't on my mind. I was in that much of a panic. Fear. Scared for my life."

Maguire said his family are suffering more than him and that his "conscience is clear".

"I know what happened that night. I know the truth," he added.

"When I speak about it I get worked up but that's because it just makes me feel a bit angry inside. I will move on. I am mentally strong enough."

Maguire - an £80m signing from Leicester City in 2019 - was named United's permanent captain in January after the departure of Ashley Young to Inter Milan, and he is likely to remain skipper this season.

"It is such a huge honour to be captain of Manchester United - something I am really proud of," he said. "It is a massive privilege to play for the club, never mind captain.

"It is not my decision to make but the one thing I will say is how supportive the club has been from top to bottom. They have been great with me and I thank them for that."

On Tuesday, Maguire was withdrawn from the England squad for September's Nations League matches against Iceland and Denmark.

He said: "I love playing for my country. Physically and mentally I am ready to play. I'm disappointed but of course I understand."

How Maguire says the night unfolded

Greek police dispute this version of events and in court the prosecution said Maguire, his brother and friend then physically and verbally attacked police officers. 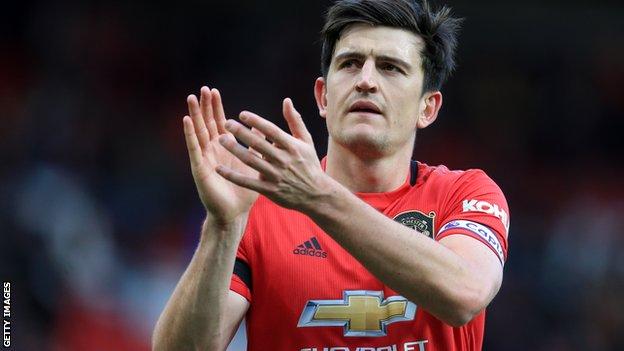 It was horrible. It was such a quick turnaround it was incredible. We got the pages for the transcript for the court on the evening before. A big document, all in Greek. I hardly had any chance to speak to my lawyer. We were confident the case would be adjourned, to give us more time to prepare and get the witnesses and the evidence that we have.

For it to all happen so quickly... we obviously didn't expect the trial to go ahead.

The court heard that you abused the police. Is that true?

From their statement I am pretty sure they said I hurt a policeman's back and arm. I had the hand in the air, handcuffed, when I tried running away, I didn't realise they were police at the time and thought I was getting kidnapped. I don't think I hurt him. Put it this way: I didn't hurt him as much as they hurt me.

The court heard you tried to bribe the police, that you said 'do you know who I am'. Did you?

There was definitely no bribe involved. At that moment we were sat in the entrance of the prison, we were so distraught, we were crying. We still didn't believe where we were.

What do you put it down to - their actions?

A lot of things have gone through my mind but the answer is I don't know. I can't pinpoint what or why. Whether, like you say, it was jealously, stitched up, misunderstanding, I really don't know.

You have appealed. How confident are you that you will eventually clear your name?

I have great faith in the Greek law. The retrial rule will give us more time to prepare, gather the evidence, allow witnesses into the court, and I am really confident the truth will be told and come out.

You are a high-profile guy. There are plenty of places you can go. Do you accept you were in a way asking for trouble being in that place that night?

No. I think it could have happened anywhere. I love Greece; I love the people there. I have been to six, seven, eight Greek islands. I go most years on my time off. Me and my family love Greece. I don't feel like I would have done anything different in terms of regret going to Mykonos. I have been before and had a great time.

I think us footballers get a bit of stick for trying to stay away from everything and the public eye. It's not how I want to live my life. I've always been really open. I was away with my family in couples. If someone wanted a picture, they could have a picture or something signed. It's probably changed my mind on that.

Were you worse for wear? Were you drunk? Was that a factor in all this?

I'm not going to sit here and say I didn't have a drink all day. I had a few drinks. Anyone who knows me who has been out with me knows how I am after I have a few drinks. I am always aware; I always stay in control. I definitely wasn't drunk. I knew what was going off. I just found myself in a bad situation.

How much harm have you done to your reputation and do you regret that?

It's not nice seeing bad reports against yourself. No-one knew what went off that night. Either you believe it or you don't. Even after the court case still the stories coming out of the court case are so far away from the truth it is incredible. So, no, my character and personality will stay the same. I am strong mentally and I will get over this.

My conscience is clear. I know exactly what happened that night.