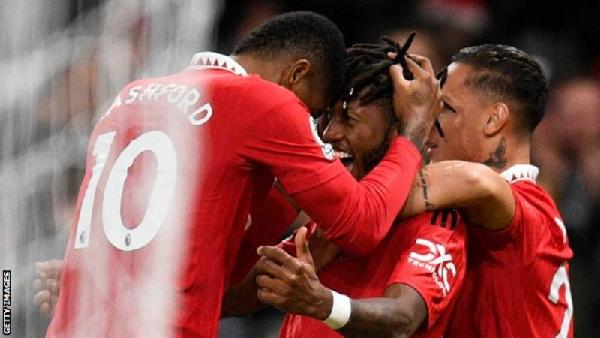 A display of invigorating aggression and imagination - Manchester United’s best under Erik ten Hag - was far too much for a tame Spurs side, second-half goals from Fred and Bruno Fernandes bringing United to within four points of Spurs, with a game in hand.

United were excellent in the first half, monopolising possession and pulling Spurs about with their passing and aggression. But, though they had 19 shots at goal - more than in any 90 minutes this season - and though Antony hit the post with a fine effort from distance, they only made one clear-cut chance, a shot from Marcus Rashford which Hugo Lloris tipped away.

It took just 76 seconds of the second period for United to take the lead, Fred’s effort beating Hugo Lloris via a flick off Ben Davies - after the ref had waved away an offside flag against Harry Kane, allowing United to counter. Then, on 69 minutes, Fernandes curled home gloriously from outside the box, after more good work by Fred.

United saw out the remainder of the game easily enough, looking more likely to score a third than Spurs did a first. They are moving in the right direction; despite their loftier league position, the same cannot be said of Spurs.