Italian Sports minister says Serie A is nowhere near restart 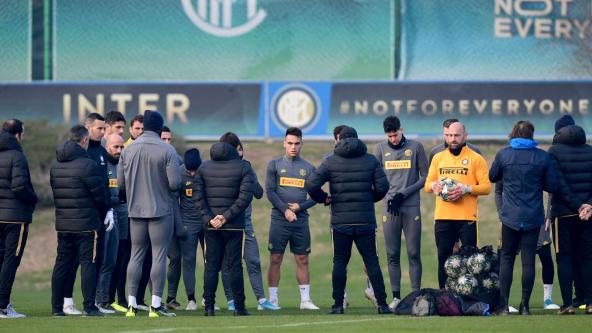 It's too early to even talk about the Italian football season restarting, according to sports minister Vincenzo Spadafora.

Serie A clubs have been given permission to restart individual training sessions from Monday at training grounds.

But team training will not be allowed until 18 May at the earliest. The league was suspended on 9 March.

"I read strange things around but nothing has changed," Spadafora said.

"In terms of the resumption of the championship - for now we don't talk about it."

Serie A and the Italian football federation (FIGC) both want to complete the season, although the Italian government says it has not yet decided whether it will give its permission to do so.

Across Europe, the French league has been abandoned with Paris St-Germain awarded the title.

In Germany, the Bundesliga is set to become the first major football league in Europe to return to competition.

Officials suggested a resumption on 9 May but the government delayed the decision and a restart may now be 16 or 23 May.

In Spain, La Liga is working towards its clubs returning to training as soon as possible after the government approved plans.