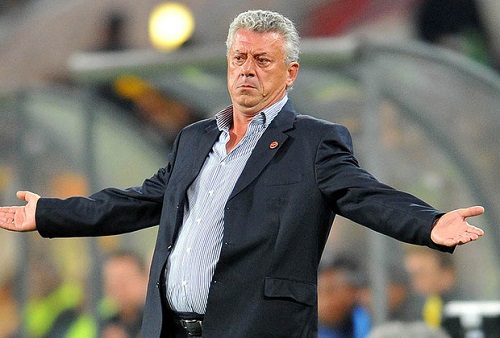 Hearts of Oak coach, Kosta Papic is remaining grounded despite recording a 2-0 win over Eleven Wonders on Sunday at home.

Goals from Manaf Umar and Vitor Aidoo helped the Phobians to ease past Wonders at the Accra Sports Stadium.

Despite picking all the 3 points and recording a clean sheet, Kosta Papic is not getting carried away.

"We are progressing on the playing style but not creating many chances like I was expecting, players that got injured are coming back and when we have competition for places in the team we are going to perform better. At least the 3 points is very important. How much important this win is, we will know at the end of the season," the Serbian tactician said

Hearts dominated proceedings from the early part of the exchanges and it paid off in the 11th minute when Manaf Umar opened the scoring as he connected perfectly a cross from Fatawu Mohammed inside the box and the low grounder beat Eleven Wonders goalkeeper John Moosi.

Eleven Wonders nearly snatched the equalizer five minutes from half time when Samuel Boakye went through two defenders before pulling the trigger but Hearts of Oak goalkeeper Richmond Ayi produced a super save to palm it away for a corner kick.

Three minutes into the second half, Victor Aidoo fired in a powerful shot with the outside of his foot to beat Moosie for the second time in the game.

Hearts remained resolute as they secured victory at the Accra Sports Stadium.