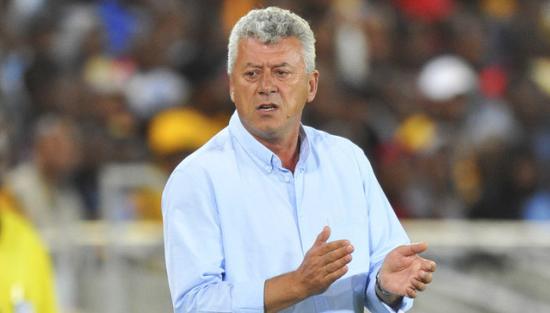 Hearts of Oak legend Bernard Dong Bortey has expressed satisfaction with the output of the new head coach of the side, Kosta Papic.

Papic has returned to the Phobians 11 years after leading them to the 2008/09 Ghana Premier League title during his one-year stint with the club. Incidentally, it was the last time Hearts won Ghana's elite league.

Papic's Hearts have bagged 12 points accumulated so far in the 2020/21 Ghana Premier League, and trail League leaders Ashantigold SC by just 3 points despite their slow start to the season.

And Bortey who was a member of the club's last league triumph in the 2008/2009 season believes his former boss is the right man for the job and needs the support of all and sundry to take the club to higher heights.

“This is not his first time. He (Papic) won the league with us. He is what Hearts of Oak need now” he told Silver FM.

“He’s impressed me so far with his performance with the team. Let’s pray for him so that whatever he wants to do with the team comes to fruition,” Bortey added.

Hearts will next face Techiman Eleven Wonders at the Accra Sports Stadium on Sunday, January 17 at 6:00 pm.

The Phobians dropped points last week in an away fixture in a 1-1 draw with Elmina Sharks. But the Phobians received good news this week in the lead up to Sunday’s game.

Midfield trio, Emmanuel Nettey, Mamane Lawali, and Nurudeen Abdul Aziz resumed training this week after staying on the sidelines for a couple of weeks.

Defender Nuru Sulley is also in contention for his first start of since matchday two when he picked up an injury against Inter Allies in November 2020.

Accra Hearts of Oak have not lost a game since their 2-0 defeat to Aduana Stars in Dormaa on matchday one.