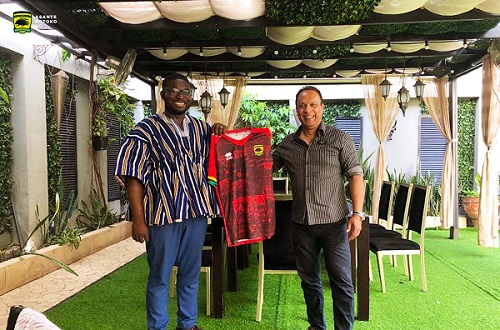 The former Black Stars coach has joined the Porcupine Warriors on Â on a renewable one-and-a-half contract.

A club statement read: We are delighted to announce the appointment Mariano Barreto as Head Coach on a renewable one-and-a-half contract.

Barreto is an experienced trainer, and is also familiar with Ghana, having handled the senior national team, the Black Stars in 2004.

Barreto is credited for starting the renaissance the Black Stars in 2004 that led the country to her first World Cup in 2006.

The Portuguese formal Youth Coach at Sporting CP is also the last to have qualified the Ghan U23 team, Black Meteors, to the Olympics Ga with the feat in the 2004 Athens Olympics.

He is renowned for his tactical prowess and has managed former Russian and Lithuanian topflight sides, Kuban Krasnodar and FC Stumbras respectively, and the Ethiopian national team.

The 64-year old gaffer is already in Ghana and expected to touch down in Kumasi today.

Speaking on the impact Mariano Barreto and h two assistants are bringing, Acting Communications Manager, David Obeng said: " Coach Barreto is an experienced gaffer and w hope his stay with us will push Asante Kotoko t the next level."