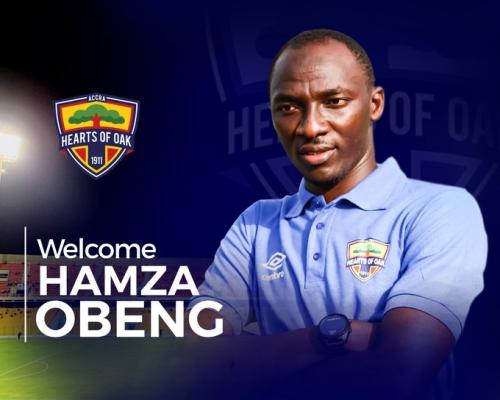 The Phobians took to Twitter to officially announce his appointment on Wednesday afternoon.

Our new assistant coach is here. 😊

The announcementÂ means Hamza whoÂ previously worked with Samuel Boadu at Medeama few weeks ago before their exitÂ have now reunited at Hearts of Oak to restore the club's past glory.

Before that, Hamza had served as the head coach of Ghanaian Division One League side King Faisal.

He hold Bsc in Business Administration from the University of Education, Kumasi campus.