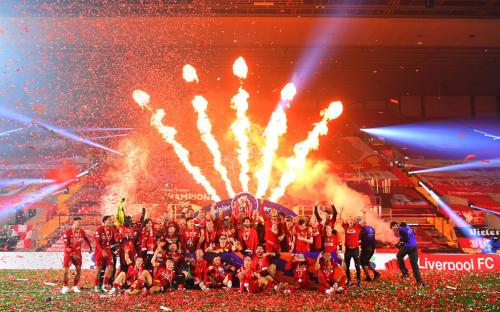 Naby Keita opened the scoring with a thunderous effort, Trent Alexander-Arnold made it 2-0 with a curling free kick and they added another through Georginio Wijnaldum’s half-volley from close range, before Olivier Giroud pulled one back on the stroke of halftime.

Roberto Firmino restored the three-goal advantage in the 55th minute but Chelsea then scored through Tammy Abraham and Christian Pulisic to threaten a dramatic comeback before Alex Oxlade-Chamberlain put the result beyond doubt for the hosts. 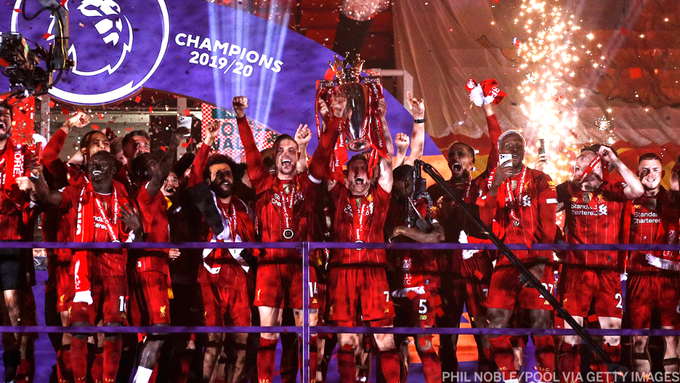 The result means Liverpool won 18 of their 19 league games at home in the campaign, with the only blemish being their 1-1 draw with Burnley earlier this month. They moved onto 96 points, one shy of the club record they set when finishing runners-up last season.

Defeat left Chelsea with 63 points, still needing one more from their final game against Wolverhampton Wanderers to guarantee a place in next season’s Champions League after slipping to fourth earlier on Wednesday when Manchester United drew 1-1 with West Ham United. 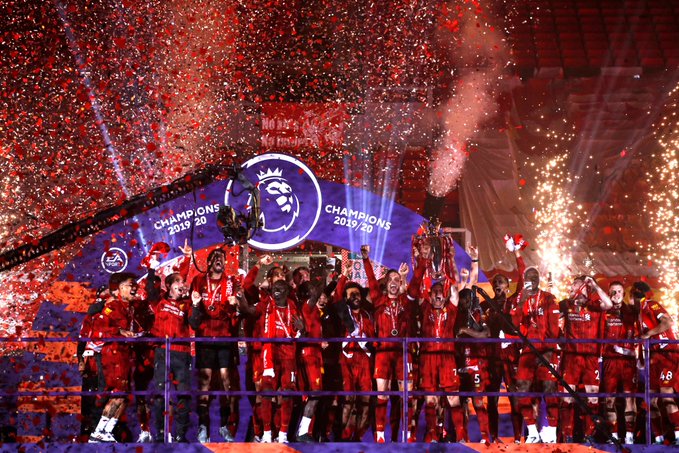 Liverpool pinned back their visitors for the much of the first half and got their celebrations underway early when Keita stole the ball away from Willian to run in on goal and unleash a thunderous shot for a 23rd-minute lead.

A contentious free kick awarded against Chelsea’s Mateo Kovacic allowed Alexander-Arnold to enhance his reputation as a set-piece specialist with a curling effort that caught out Chelsea goalkeeper Kepa Arrizabalaga. 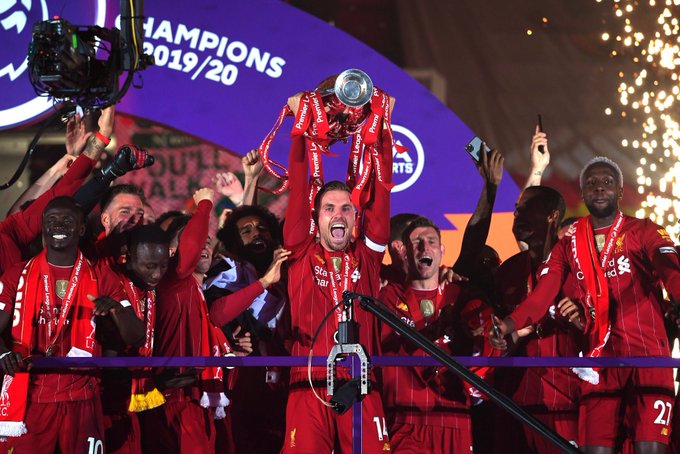 The 38th-minute goal was followed three minutes later by a third as Chelsea failed to clear a corner and Wijnaldum snapped up a loose ball, burying it on the half-volley from close range.

Yet a rare Chelsea foray forward allowed them the last say before the break as Marcos Alonso flicked on for Willian to attempt a snap effort that Liverpool keeper Alisson saved with one hand. 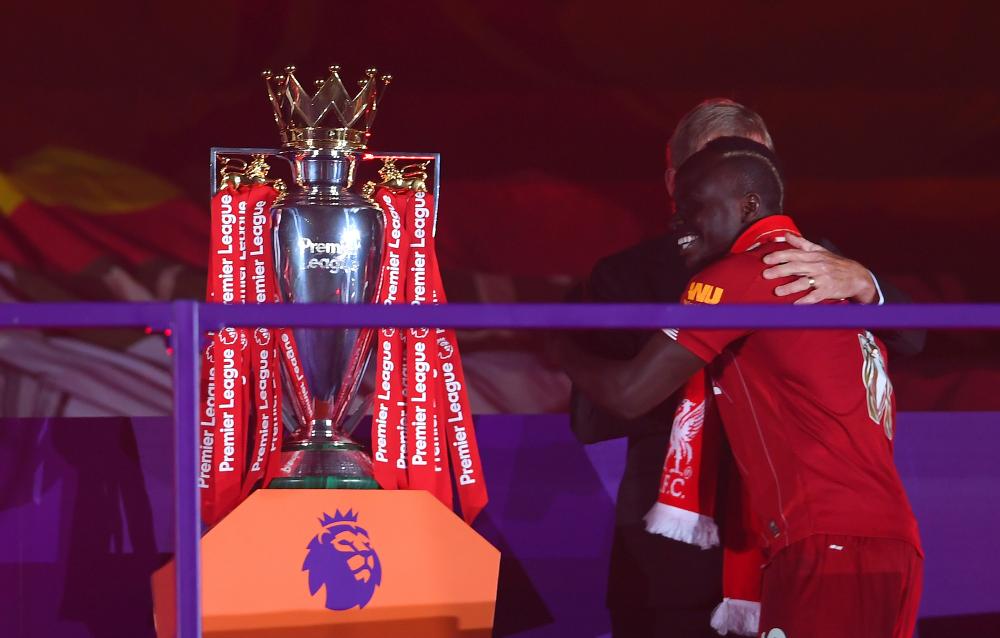 Giroud, however, was quickest to follow up and slide the ball into the net.

Liverpool were quickly back in command after the break as Firmino made it 4-1 by heading in a perfect cross from Alexander-Arnold in the 55th minute for his first league goal at Anfield this season.

Yet substitute Pulisic made an instant impact for Chelsea as his mazy dribbling set up Abraham for the London club’s second in the 61st minute. 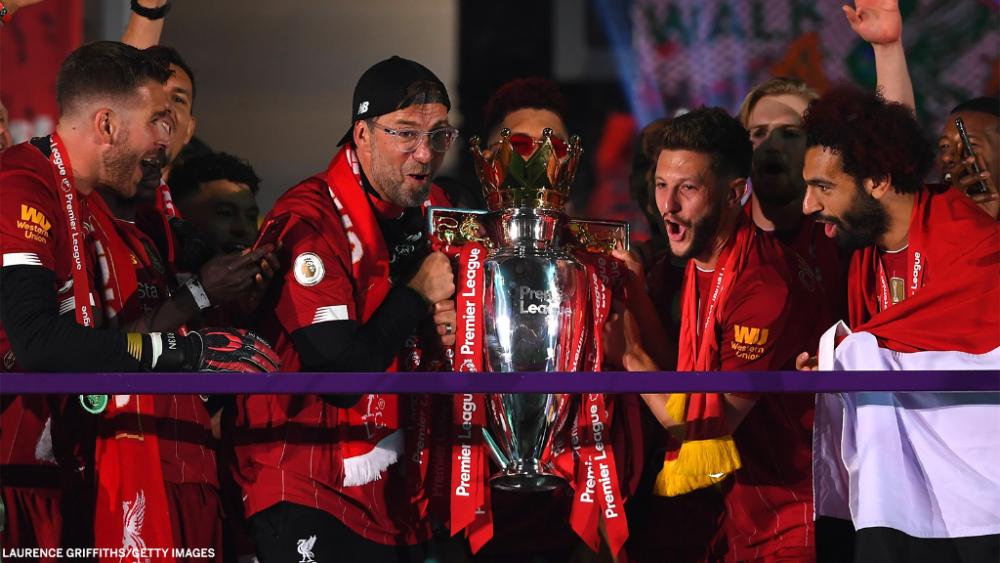 The United States international then grabbed one of his own 12 minutes later, bringing the ball down on his chest with his back to goal before turning and thumping it home.

“I felt like we were then going to get back into the game but it was not to be,” said Chelsea manager Frank Lampard.

“There were lot of good things about us with our spirit and resilience.”

Chelsea’s hopes effectively ended when Oxlade-Chamberlain scored Liverpool’s fifth in the 84th minute, as he finished off a rapid counter-attack for the hosts.

Presiding Archbishop and General Overseer of the Action Chapel International,…