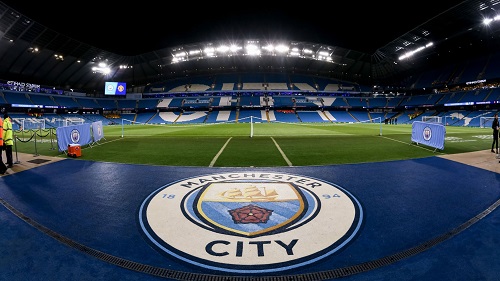 Manchester City have launched an appeal against their two-year Champions League ban and Â£25million fine.

The Premier League champions were slapped with the punishment by Uefa after being found guilty of â€œcynicalâ€ attempts to deceive their financial chiefs.

An investigation was launched following claims City had hidden millions in funding by the clubâ€™s Abu Dhabi owners under the guise of legitimate sponsorship income.

City have made it no secret of their intention to fight the decision by launching an appeal to the Court of Arbitration for Sport.

And CAS have today released a statement revealing that City have made their move.

It read: "The Court of Arbitration for Sport (CAS) has registered an appeal filed by Manchester City football club against the Union of European Football Associations (UEFA).

"The appeal is directed against the decision of the Adjudicatory Chamber of the UEFA Club Financial Control Body (CFCB) dated 14 February 2020 in which Manchester City was deemed to have contravened UEFAâ€™s Club Licensing and Financial Fair Play Regulations and sanctioned with exclusion from the next two seasons of UEFA club competitions for which the club would qualify and ordered to pay a fine of EUR 30 million."

It adds: "It is not possible to indicate at this time when a final award in this matter will be issued."

When the threat of a ban was mooted during the investigation, the leaked emails included one from City legal head Simon Cliff.

It read: â€œKhaldoon said he would rather spend Â£30m on the 50 best lawyers in the world to sue them for the next ten years.â€

The future decision could have a huge impact on what happens at Man City for years to come.

Manager Pep Guardiola's contract expires in the summer of 2021 although he vowed to stay at the Etihad.

And top players such as Raheem Sterling and Kevin De Bruyne may believe their futures belong elsewhere in search of Champions League glory.