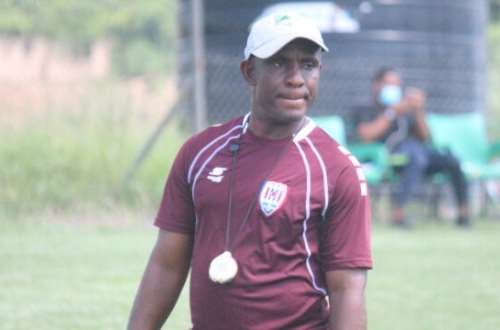 Felix Aboagye has been banned from all football-related activities for a period of 24 months in accordance with Article 34.5(d)(i) of the Ghana Premier League Regulations, which prescribes a ban, either indefinitely or for a specific period, whenever the GFA or its Disciplinary Committee is satisfied that a fixed match or a match of convenience has taken place between AshantiGold SC and Inter Allies at the Obuasi Len Clay Stadium.

The action relates to a Ghana Premier League game at the end of the 2020/2021 season when Ashantigold beat Inter Allies by 7-0. An Allies player, Hashmin Musah, scored two own goals and later admitted his action was to spoil a bet placed on the said game.

However, Aboagye speaking in an interview said he was informed by the Disciplinary Committee that he would be acquitted following interrogation at the GFA Headquarters, hence the decision to allow his lawyers appeal the ban.

“My lawyers will appeal the ban. I don’t know anything about match manipulation. I only worked for Inter Allies for three months to save them from relegation so I don’t know why I have been banned. The Disciplinary Committee told me I have been acquitted after the investigation so I’m surprised that I have been implicated in the verdict," Aboagye told Accra based Happy FM.

“I haven’t fixed any match so I am very disappointed in the GFA and the Disciplinary Committee. Why are they destroying the name of a legend who has played for the Black Stars? Did I collect anyone’s money? I’m in Dormaa now and I have called Inter Allies and I have been told they’re also going to appeal against the ban,” he added.

The ex-Elmina Sharks and Liberty Professionals trainer was on the bench for Inter Allies during last season’s controversial Ghana Premier League match-day 34 fixture.