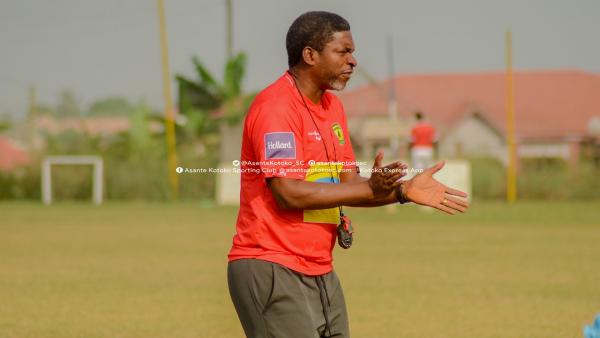 The life patron and owner of the club, Otumfuo Osei Tutu II earlier today in his address read by Kodi Badu, Chief of Staff at Manhyia at the inaugural meeting of the Asante Kotoko newly-constituted Board of Directors revealed the club should not recruit new players for at least one season.

The order, according to the club owner is to temporarily stop the player attrition rate and enable the club to work with the current crop of players, who the Asantehene thinks have the quality to push the club to the top.

Reacting to the news, Maxwell Konadu they will plead with Otumfuo to make some additions if the need be – adding that, they will move on should he access his team and he is okay enough for the period in question.

“If the need be to buy players, we will plead with Manhyia to allow us to purchase one or two but if we realize what we have is okay, we will move on- Coach Maxwell Konadu reacting to Otumfuo’s embargo placed on player purchase for the next one year,” he told Oyerepa FM in Kumasi.
READ ALSO: Check out the targets set by Otumfuo for Kotoko's new board