Check out the targets set by Otumfuo for Kotoko's new board 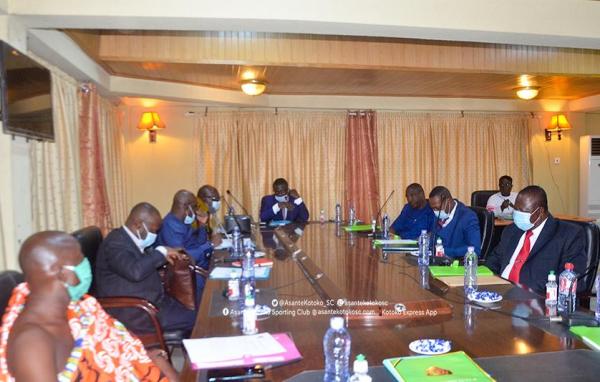 Owner and life patron of Asante Kotoko Otumfuo Osei Tutu II has spelt out his target for the newly-formed Board of Directors.

The newly constituted board to be chaired by Dr Kwame Kyei, according to a statement from the Palace read by Mr Kofi Badu, Chief of Staff said the new board is to make the club a corporate entity as well as making the club competitive once again in Africa.

“The task for Asante Kotoko SC Board is to make the club competitive in Africa and to emulate policies. The club is not a social club but a corporate entity. There should be no signing of players for one season,” Kofi Badu said.

He also revealed the club must have its own facilities.

“The club is to have its own stadium,” he ended.

He revealed this during the inaugural meeting of the board at the sports hotel in Kumasi earlier this morning.

The Board is chaired by Bussiness man Dr Kwame Kyei, Chairman Unity Group of Companies, has Mr Jude Arthur, Board Chairman, GCB Bank as the Vice-Chairman.