My players did not play to instructions – Great Olympics coach 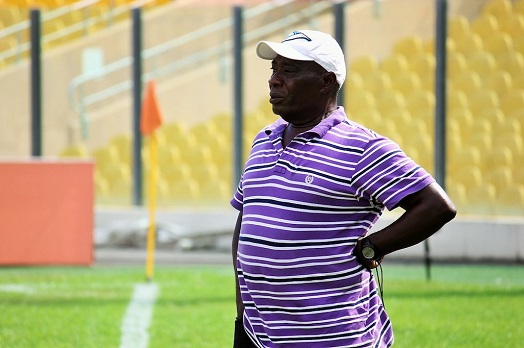 Great Olympics coach Annor Walker was disappointed on Saturday after his team fell 1-0 to AshantiGold in the Ghana Premier League.

From the dugout, the Annor Walker manager watched as his players failed to impress, allowing the visitors to take all three points in the league’s matchday 26 game.

After the game, the veteran coach complained about his players’ failure to follow orders.

"Sometimes you tell players what to do and they rather do what they think is good for them. I toldmy right back that he should defend first before attacking. Unfortunately, he went forward and couldn't track back and AshantGold used the space he left for Yaw Annor to score," Annor Walker said.

Yaw Annor's second half sealed a vital away win for AsahntiGold against Great Olympics over the weekend.

The Miners beat Great Olympics 1-0 at the Accra Sports Stadium on Saturday.

The game coincided with Great Olympics' 68th anniversary and were hoping to win and have a memorable celebration but that did not happen.

After missing several chances in the first half, it was Ashantigold that went into the break the happy side as it stayed 0-0.

After the recess, Great Olympics continued their persistence to grab the all-important goal but it was visitors broke the deadlock of the game.

A counterattack saw the ball played to the feet of Yaw Annor, who hit a powerful shot into the bottom corner in the 68th minute.

That goal proved to be decisive as it turned out to be the winner.