Novak Djokovic releases statement after being kicked out of US Open 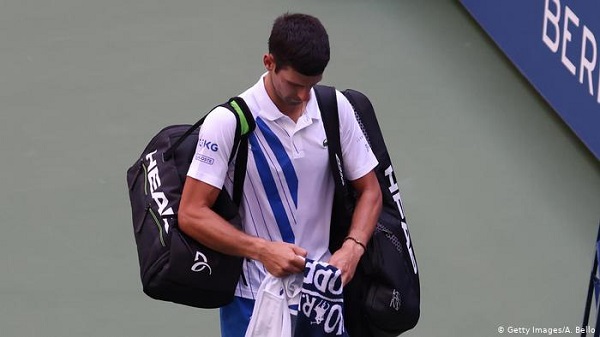 Novak Djokovic has issued an apology and said he is feeling ‘sad and empty’ after he was disqualified from the US Open on Sunday for hitting a female line judge with a ball.

The world number one had just dropped serve to trail Spanish opponent Pablo Carreno Busta 6-5 in the opening set of their fourth-round match at Arthur Ashe Stadium when the incident occurred.

In frustration at losing a game, Djokovic took a ball out his pocket and hit it towards the back of the court – unintentionally hitting a line judge in the face.

He immediately went to check up on her, but following a lengthy discussion between tournament officials and the Serb, he was defaulted to bring an end to his competition. 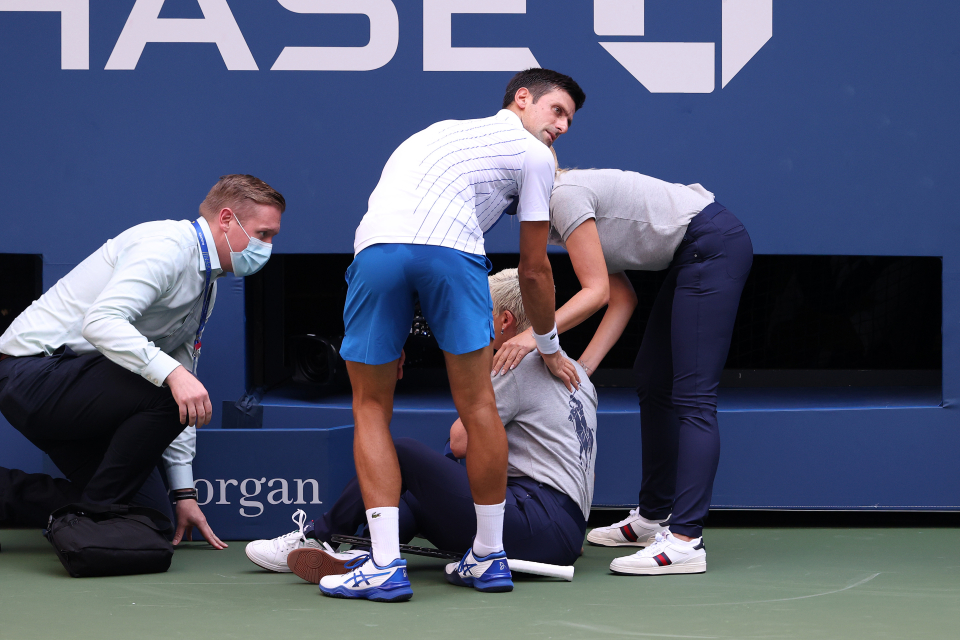 Djokovic pleaded his case for around ten minutes before finally accepting the decision, collecting his rackets and walking off the court.

Novak Djokovic has been defaulted from 2020 US Open.
Lesson:
-Staying calm is highly important even if you are already at the top

A United States Tennis Association statement said: “In accordance with the Grand Slam rulebook, following his actions of intentionally hitting a ball dangerously or recklessly within the court or hitting a ball with negligent disregard of the consequences, the US Open tournament referee defaulted Novak Djokovic from the 2020 US Open.

“Because he was defaulted, Djokovic will lose all ranking points earned at the US Open and will be fined the prize money won at the tournament in addition to any or all fines levied with respect to the offending incident.”

The 33-year-old won his 17th grand slam title in Australia and was the heavy favourite to make it 18 in New York having been unbeaten all season.

Djokovic did not do any press after the incident, immediately exiting Flushing Meadows, but later issued a statement on social media to express his sadness over the situation and issue an apology.

“This whole situation has left me really sad and empty,” he wrote.

“I checked on the lines person and the tournament told me that thank God she is feeling ok. I‘m extremely sorry to have caused her such stress. So unintended. So wrong. I’m not disclosing her name to respect her privacy.

“As for the disqualification, I need to go back within and work on my disappointment and turn this all into a lesson for my growth and evolution as a player and human being. I apologize to the US Open tournament and everyone associated for my behavior.

”I’m very grateful to my team and family for being my rock support, and my fans for always being there with me. Thank you and I’m so sorry.”

Djokovic is not the first tennis player to be defaulted for hitting an official during a match.

Canadian Denis Shapovalov was disqualified during a Davis Cup tie against Great Britain in 2017 after smashing a ball in anger that hit umpire Arnaud Gabas in the eye.

Tim Henman was also disqualified from Wimbledon 25 years ago for hitting a ball girl with a ball during a doubles match, while David Nalbandian kicked an advertising hoarding during the Queen’s final in 2012, injuring a line judge, and was defaulted.