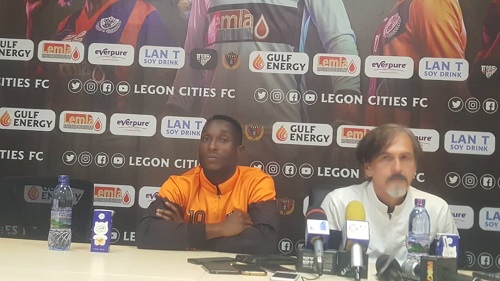 LegonÂ CitiesÂ coachÂ Goran Barjaktarevic reckons that the matchday 10 clash against Great Olympics is just one of those games in the league despite the special importance attached to it.

The Royals will be locking horns with the Wonder Club on Friday, February 14 at the Accra Sports Stadium in the Ghana Premier League matchday 10 encounter.

READÂ  ALSO:Â "Finally, some people will see that; All That Glitters Is Gold" -Â LegonÂ CitiesÂ taunts Olympics ahead of clashÂ ...

"It is an Accra derby and there is some form of excitement attached, both teams seem to be on the same level, it is a special match but I also see it as just normal game because there are many more matches to come"

Further,Â the coach raised concerns about their inability of his players to score goals but insisted they are working on it and results will show soon.

"Yes, we are among the lowest scoring teams in the league. It's worry and we are working hard to improve that almost every day. I know we will improve."

Legon Cities and Olympics have both been throwing shades at each other on social media and this game means a lot to both as they are tied on 10 points and will all be aiming for the 3 points and the bragging rights.

However, the Royals captain Jeffrey Degorl who joined his manager at the presser said his boys are bent on picking the 3 points and the off-field banter between the two clubs won't be a distraction.

"The social media banter between Great Olympics and us? No, that won't affect us at all. We are focused and training hard to win on Friday. We are not bothered by that, our aim is to deliver and give our 100% performance."

Wendy Shay has been billed to performÂ at the match at the Accra Sports Stadium on Friday, February 14.

Being a valentines day night, Legon Cities have announced that there will be free chocolates for every fan that comes to the stadium. 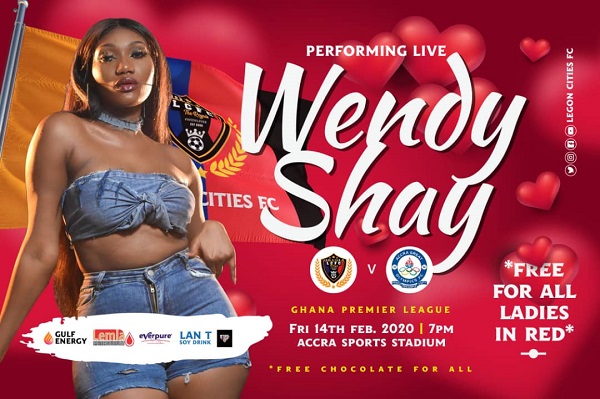