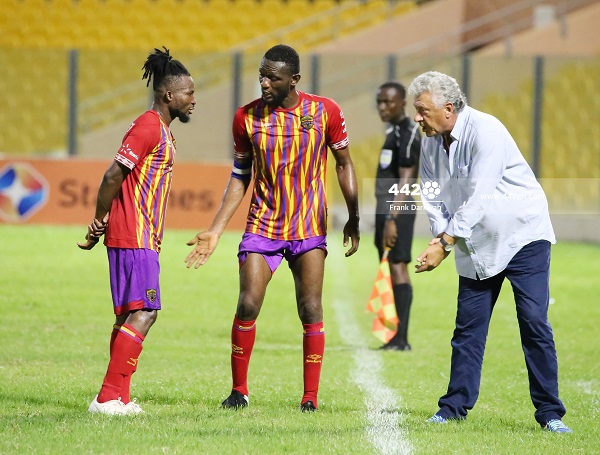 Kosta Papic hopes to instil a winning culture at Hearts of Oak as they bid to challenge for the Ghana Premier League title.

The Serbian coach took charge of the Accra based club early this month, replacing Edward Odoom at the helm following a dismal start to the season.

He led Hearts of Oak to an emphatic 3-0 win against Dreams FC on Sunday after Michelle Sarpong struck a brace while Obeng Junior scored the other goal to secure the victory.

It was his first win since his appointment after drawing his opening game against Karela United and said he wants to be judged at the end of the season.

The 60-year-old boss admits it will take time to get Hearts of Oak players playing the way he wants, but he is determined to turn them into a real Papic side.

“We are struggling to organize ourselves the way that I want,” he said at his post-match interview.

“But at least we got the 3 points, which is very important that things are coming right and the players are getting the confidence.

“They are leading 2-0 and they start shaking, which is (because) they don’t have that winning mentality yet. But we’re working on it and will see at the end of season,” he added.

Kosta Papic on December 1 returned to the Phobians 11 years after leading them to the 2008/09 Ghana Premier League title during his one-year stint with the club. Incidentally, it was the last time Hearts won the Ghana's elite league.

Papic on Wednesday, December 16, 2020, will lead Hearts of Oak to Dormaa Ahenkro as they play their outstanding  Ghana Premier League (GPL) Matchday One encounter with Aduana Stars.