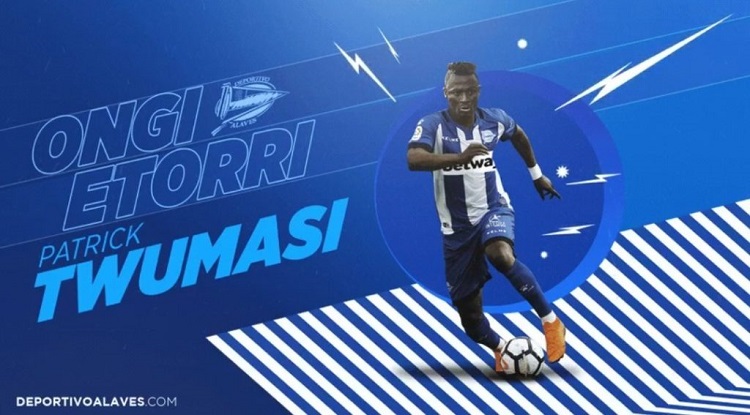 Patrick Twumasi has moved from FC Astana in the Kazakhstan Premier League to Spanish side Deportivo on a four-year deal.

Patrick Twumasi gets the opportunity to be reunited with his black stars teammate Mubarak Wakaso who has been at the club.

The 24-year-old bagged in 18 goals, registering 3 assists in a total of 29 matches played last season.
He has played twice for the Black Stars of Ghana.
Read also:Video: I wanted to be a footballer- Kwesi Arthur to BBC
The Ghanaian is the fourth signing of Deportivo Alaves in the ongoing transfer window.
Latest news in Ghana