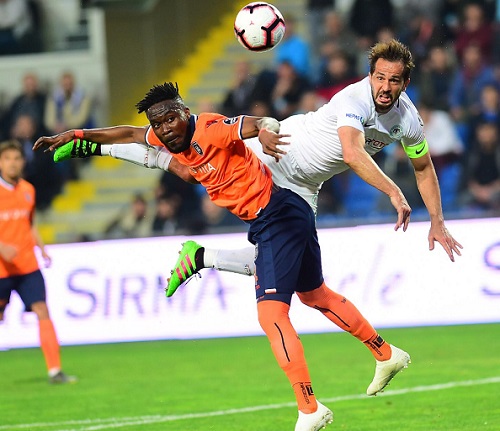 Ghanaian defender Joseph Attamah Larweh put in a splendid performance as he helped his side Istanbul Başakşehir to beat Konyaspor 2-0 in the Turkish Super Lig.

The versatile defender who lasted 90 minutes was deployed at centre back this time and settled in easily.

Attamah's versatility has been key for the Istanbul side who are on course to win the Turkish Super Lig.

After a goalless first half, Başakşehir broke the deadlock in the 50th minute through Marcio Mossoro who was assisted by Brazilian international Robinho.

They got a second to seal the game in the 69th minute through Bosnia and Herzegovina midfielder Edin Visca.

Attamah's overall play was great as he made 2 clearances, one block won one tackle, won 64 duels and made 97.1% accurate passes.

His side are currently on top of the Turkish Super Lig with 61 points with only 6 games to end the season.

The defender's performance over the course of the season makes him one of the likely names to be on coach Kwesi Appiah's list when he announces his squad for the 2019 AFCON.