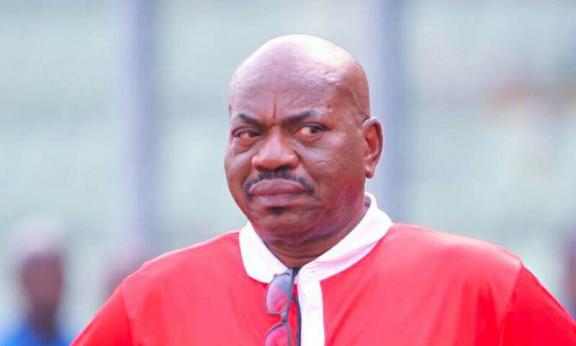 The Covid-19 pandemic has plunged a lot of economies into financial difficulties affecting clubs as a result.

The outbreak of the disease has led to the suspension of football activities in the countryÂ as club owners and administrators begin to take drastic decisions to ease their financial burden.

Europeans clubs like Barcelona, As Roma, Juventus among others have seen their players taken pay cut.

However, George Amoako is of the view that in as much as the outbreak has really affected the revenue generation of clubs, they just cannot slash the players salaries with having a dialogue with them.

In an interview with Kumasi based Nhyira FM, he said the contract they have with individual actors makes it impossible for the club to force any policy on the players if they are not willing to do it.

â€œPay cut is under review and nobody can force it on the neck of the playing body. Players have a contract with the club and all over the world a pay cut is based on negotiations and agreement.â€

General Manager ofÂ Asante Kotoko Nana Gyambibi Coker this week revealed that Telecommunications giants, MTN have suspended all financial obligations to the club with immediate effect due to the Covid-19.

He said this came as a result ofÂ a clause in the sponsorship agreement that allows a suspension of their obligations in the event of a force majeure - in this case, the COVID-19 pandemic.