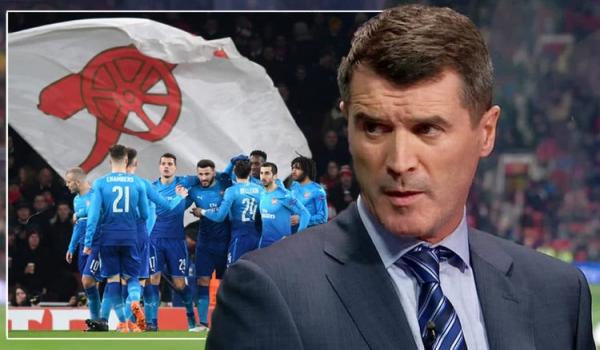 Manchester United legend Roy Keane has fired back at criticisms of the Premier League's top players for an apparent refusal to take a pay cut amid the coronavirus outbreak.

The former United midfielder told Sky Sports: "I'm not sure how I'd have dealt with it, I have a lot of sympathy for the players out there, a lot of players are getting criticised.

"Looking at it now, particularly with the way I left United, and I'm talking about players at the really big, big clubs, with a lot of wealthy owners and pressure to take pay cuts, I wouldn't take a pay cut if I was at one of the bigger clubs.

"It's nobody's business what you do with your wages. You take your wages and if you want to be generous, go ahead and do it, there's a lot of speculation out there but I don't think people should believe everything they read about what players are doing, taking 10 per centÂ or 15 per cent.

"Players should not feel under pressure, particularly at the big clubs.Â I know everyone is different,Â different circumstances, but your contract with the club is a personal matter and this idea that all the players have do to this is nonsense, it's up to the individual and if they want to stick to their wages, while they have a billionaire in the background, then do that.

"I am surprised at the amount of people jumping on the bandwagon and criticising the players, it's nobody's business. I'm talking about the clubs with wealthy owners, I have sympathy for the lower leagues, you make sacrifices in the lower leagues but the players at the top, where the clubs have the money, stick to your guns.

"At the bigger clubs the money is available to the players, individual players getting criticised is unfair, you have different personalities in the dressing room. Some players getting their full wages might be the most generous people on the planet and let them do what they want, for the NHS or whatever charity but I'd fight the players' corner."