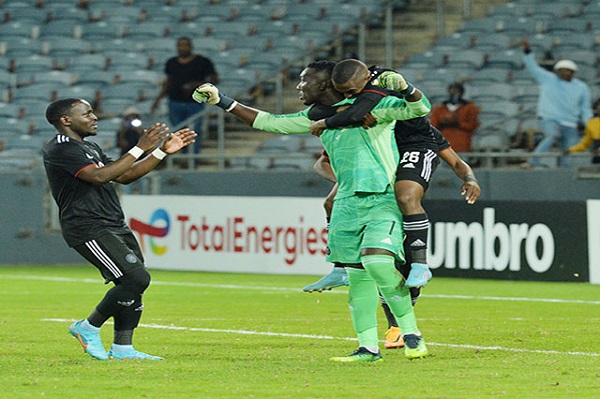 Pirates won a stoppage-ridden quarter-final second leg 1-0 in Soweto thanks to a headed goal from forward Peprah, with TV replays shown belatedly suggesting he was offside.

The only goal came just after Democratic Republic of Congo-born Simba forward Crispin Mugalu, who had been cautioned earlier, was shown a red card for a studs-up tackle.

Unlike Europe, where UEFA ties go to extra time first, Africa heads straight to penalties and Pirates won the shootout 4-3 with goalkeeper Ofori converting the kick that took the Buccaneers through.

Orlando Pirates will face Libya side Al Ahly Tripoli in the last four.

Ahly will have home advantage over the Buccaneers on May 8 with the return match on May 15in Soweto.

No date or venue has been announced for the final.

The penalty shootout drama compensated the crowd at Orlando Stadium after a match constantly punctuated by long delays for injuries, mostly to Simba SC players.