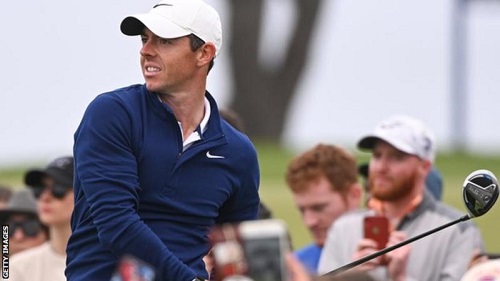 Only Tiger Woods, Greg Norman and Nick Faldo have spent more time as world number one than McIlroy
Shares

Northern Ireland's Rory McIlroy has returned to the world number one spot for the first time in five years.

Neither player featured at the Pebble Beach Pro-Am this weekend but the two-year rolling format of the ranking system takes McIlroy top.

This will be his 96th cumulative week as world number one - the fourth most of any player - but his first since September 2015.

The complicated nature of the ranking system takes McIlroy from 0.2 points behind Koepka to 0.03 points in front.

Both players are scheduled to play at the Genesis Invitational in California, which begins on Thursday.