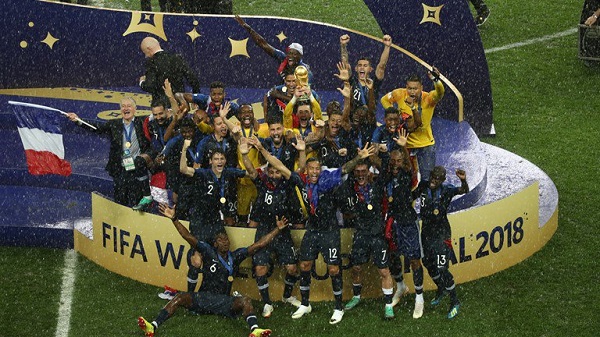 France put up a splendid performance to beat Croatia 4-2 to win the Russia 2018 World Cup.

The game was expected to be intense and highly competitive and the first half proved to be so.

Croatia started the better of the two sides as they dominated early proceedings.

They had several half chances but failed to make the most out of it.

France then struck in the 18 minute from an unlikely source. A free kick from Griezmann was headed into the Croatian net by Mandzukic for an own goal.

This looked to be a gift for France but that did not last as Ivan Persic scores a brilliant goal in the 29th minute to draw Croatia level.

It looked like this would end a draw in the first half until VAR awarded France a penalty. 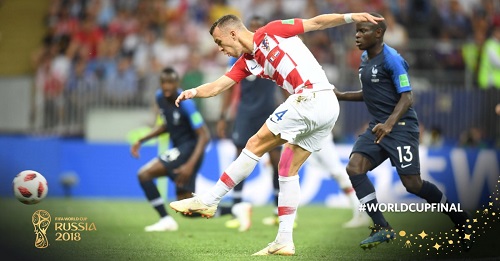 Griezmann stepped forward and score in the 38th minute as France led 2-1 at halftime.

Paul Pogba doubled the French lead in the second half after he calmly planted the ball with his left foot into the corner.

Mbappe also gave France a 4-1 advantage with his low shot before a moment of madness from Hugo Lloris allowed Croatia to get back into the game as his attempt to dribble Mandzukic failed as the striker scored.

France were resolute and held on to win their second World Cup after the 1998 triumph.
Latest sports news in Ghana