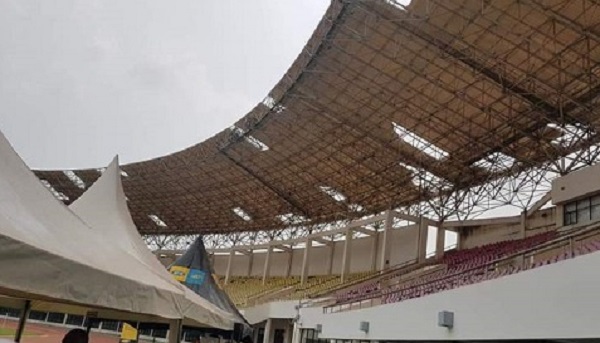 The stadium built in 2008 was one of the newly constructed stadia for the hosting of the 2008 Africa Cup of Nations in Ghana has been in a bad state.

The poor maintenance of the stadium has led to the roofs, changing rooms, restrooms and the majority of the metal railings of the stadium completely broken and corroded.

Professor Twumasi on his tour to the Western Region since his appointment assured the Sekondi faithful that the stadium will be renovated.

"Essipong stadium would be renovated."I have heard about the state of the venue and I decided to pass through and inspect it myself," the NSA boss told the media.

"I know the Minister has also gotten reports from it, it will surely be renovated".

Read also: The report from CAF is for us to improve the standard of Baba Yara pitch- NSA boss