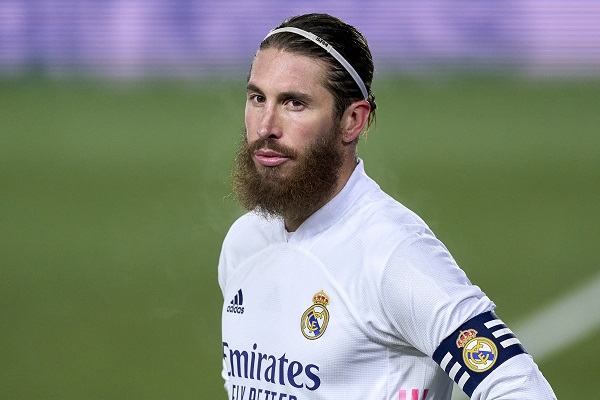 Sergio Ramos has tested positive for Covid-19 ahead of Real Madrid's second-leg clash with Liverpool in the quarter-finals of the Champions League.

The Blancos defender missed the first leg of the tie last week due to a calf injury, but Zinedine Zidane's side were still able to secure an impressive 3-1 victory in his absence.

Madrid will have to make do without Ramos once again at Anfield on Wednesday night as they seek to book their place in the last four, with the Spaniard having been diagnosed with coronavirus after the club's latest round of medical checks.

The Liga giants have confirmed the news in an official statement , which reads: "Real Madrid CF announces that our player Sergio Ramos has given a positive result in the last Covid-19 test that has been carried out."

Ramos has missed Madrid's last three games through injury, with his last appearance for the club coming in the second leg of their last-16 Champions League meeting with Atalanta on March 16.

The 35-year-old will now have to self-isolate for 10 days in accordance with Covid-19 quarantine protocols, and won't be allowed to return to action until he posts a negative test after that period.

In addition to sitting out the encounter with Liverpool, Ramos will also be unavailable for selection for the Blancos' next two La Liga fixtures away at Getafe and Cadiz.

The World Cup winner could be in line to return when Zidane's side take on Real Betis at home on April 24, but only if he has made a full recovery from coronavirus and his calf problem.