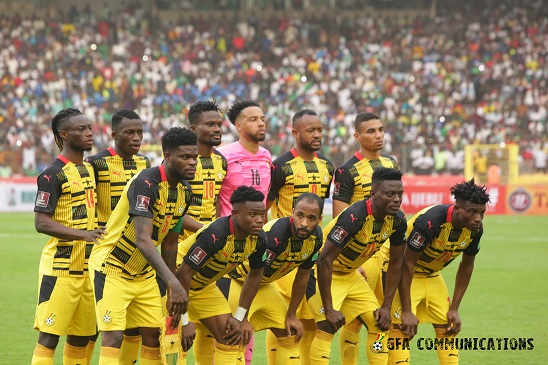 President Akufo-Addo is expecting the Black Stars to play above themselves and make the nation proud at the 2022 FIFA World Cup later this year.

The Black Stars on Tuesday joined 4 other African countries to secure their ticket to the biggest football showpiece to be staged in Qatar in November.

Delivering his 2022 State of the Nation Address (SONA) on Wednesday, March 30 in Parliament he asked the House to acknowledge the side, who qualified “against the odds,” with three cheers; a request the Members of Parliament obliged.

Nana Addo added that the exploits of the Black Stars are being celebrated by Ghanaians across the country and that he expects the team to build on this and achieve more success in Qatar later this year.

“Their qualification has brought so much joy to Ghanaians, and we’re looking forward to an outstanding performance in Qatar,” President Akufo-Addo said.

The Black Stars on Tuesday put up a brave performance to pick up a 1-1 draw against the Super Eagles of Nigeria at the Moshood Abiola Stadium on Tuesday.

The draw sent Ghana through to the FIFA World Cup Qatar 2022 tournament on the away goals rule.