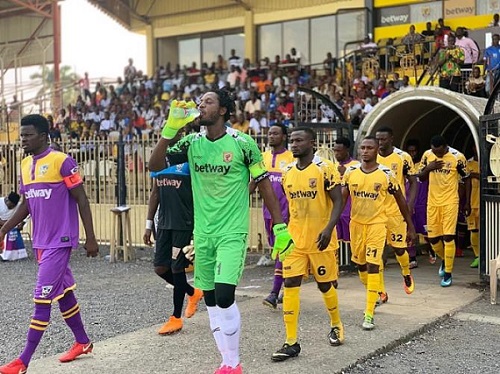 This, he says, will help improve the health of footballers who play in the domestic competitions.

“We will have to start from the internal arrangement. By Internal arrangement, I mean our local league. What we intend to do is at least to organize two seminars for handlers, masseurs, physiotherapist or the Doctors of the Premier League Clubs” Dr. Baba said in an interview with the GFA media team

Dr. Baba further emphasized on the need to subject players to proper medical scrutiny before competitions.

“One pressing issue that has been going on for years is what we call the pre-competition medical assessment (PCMA) of the players. It’s mandatory by FIFA for all clubs to undergo it before they engage the footballers, its mandatory.

“If a player is to go out (abroad), normally teams would ask for his medical report which we don’t have. Is it the PCMA’s that we normally fill?,” he quizzed.

“Our first priority will be education. The other thing is to really emphasize on the PCMAs. Before the league starts, it should be ensured that all participating clubs do it and do it well. Because before you recruit a player, he has to undergo a medical examination and a fitness test. But all these, we just brush it, once he is playing somewhere, he comes, we just take the forms and get a doctor to sign.

“So what we shall do is to audit the PCMAs because this thing must be done for future purposes. We don’t know, any accident can occur and the international federation would want to know what he went through medically before you allow him to participate in the competition. If we fail to produce it, we might be penalized,” the former Black Stars team doctor also noted.

The GFA Medical Committee has been very busy advising the federation on important decisions amidst COVID-19 and assisting the Government of Ghana in getting Prampram (Ghanaman Soccer Centre of Excellence) ready to be used as isolation Centre. The Committee is chaired by Dr. Adam Baba with Dr. Percy Annan and Dr. Kofi Ablorh as members.