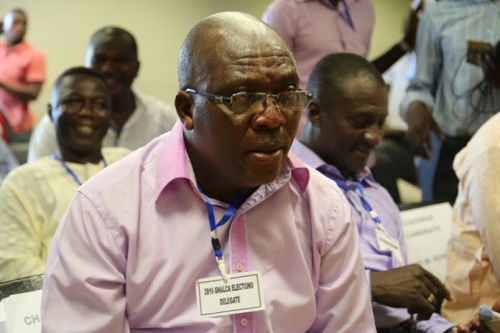 Chairman of the Ghana League Clubs Association (GHALCA) Cudjoe Fianoo has advised the Ghana Football Association not to rush in making the Ghana Premier League autonomous.

The GFA last week announced that they have commenced plans to make the Premier League independent.

A five-member committee, which will include three members from the Premier League clubs and two from the FA, will soon be unveiled to champion the new course.

However, Cudjoe Fianoo says although the GFA plan on making the League autonomous, by joining other European countries to have their league run independently, they should not copy blindly.

“If full autonomous is good for us, why not? But if we can also start it gradually that will be okay. What I am hoping is that the current FA will not turn around to kill the dream that has been harboured some years ago.”

The former  Ashantigold CEO also shared that, the autonomous league would have started years ago but the erstwhile GFA administration were not in support of the idea.

"The idea of the Ghana Premier League to be autonomous started some years ago but has been fruitless. The autonomous issue has been there for a while now."

“The delay of the league going autonomous is because the previous administration feared the body to manage it will be more powerful than the GFA.

“The league may be more attractive than matches of the National Teams which they do not want it that way. How many local players are in the Black Stars?.

Meanwhile, the Chairman of the League Management Company responsible for the Nigerian Professional Football League, Shehu Dikko, has thrown his weight behind the FA’s decision to finally make the Ghana Premier League autonomous.

He described Ghana as ”pacesetters” in football in Africa so it is time for the nation’s elite division to go autonomous.