We are focused on defending the GPL title - Aduana Stars captain 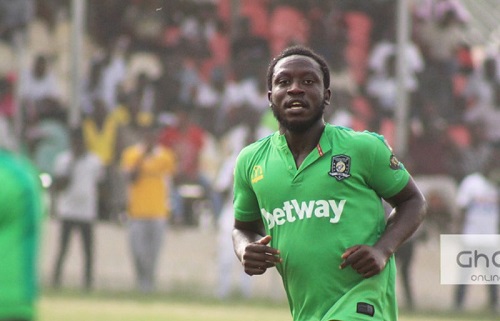 The 2017/18Â GPL champions are competing with 17 other clubs for the trophy after the Ghana Football Association statutes were amended.

A draw meant that the Phobians became the first club to pick a point at the Nana Agyemang Badu Park.

According to Elvis Opoku, despite Sunday's setback which has seenÂ Medeama, AshantiGold, Asante Kotoko and Chelsea tied on 17 points with them at the top, they are poised to win the league.

"We are well focused on winning the league. We've moved on from Hearts of Oak stalemate as preparation has already begun for the Liberty Professionals match," he told Nhyira FM.

He added that to win the league they must put in the same shift as they have been doing at home game. Aduana have lost 2 games won and drawn one compared to their impressive home form of 4 wins and a draw.Â Â

"No, away games are a different thing altogether, we will correct our mistakes to get a respectable scoreline in our away travels.

"To win the league, you need to also accumulate points in away games."