We gave away cheap goals against Kotoko - Medeama coach 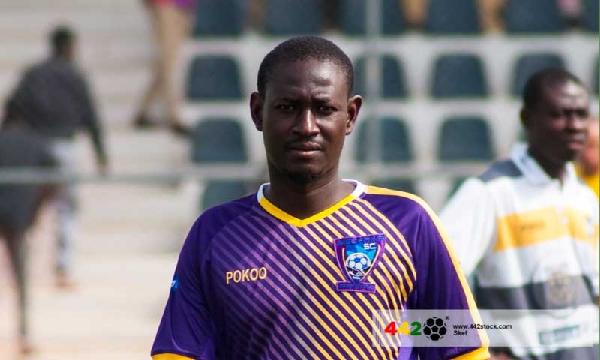 Medeama SC Gaffer Rabbi Umar has cited defensive errors on the part of his team following their defeat to Asante Kotoko in the Ghana Premier League matchday 31 encounter.

The Mauve and Yellows for the first time in 8 years suffered a home defeat to the Porcupine Warriors.

Kotoko scored two first-half goals through Andrew Appau and Mbella Etouga to down the Mauve and Yellows.

Appau soared above everyone to head home a corner kick from left-back Ibrahim Imoro in the 23rd minute before Etouga fired home the second goal after he was set up by Mudasiru Salifu on the stroke of halftime.

Speaking after the game, Rabbi Umar said his team made it too easy for their opponents by giving away cheap goals.

"Defensive we were not good, we allowed them to play and when you look at the goals they were two cheap goals. A corner kick and Appau gets a free header, the second goal one through pass and none of our players were there.

It is what happens when you don't defend well.

Rabbi Umar further believed the scoreline would have been different had his team been clinical in front of goal.

"We had the chances but we kept blowing them away."

Medeama have dropped to third following the defeat. They will aim to bounce back when they host Elmina Sharks on Sunday.