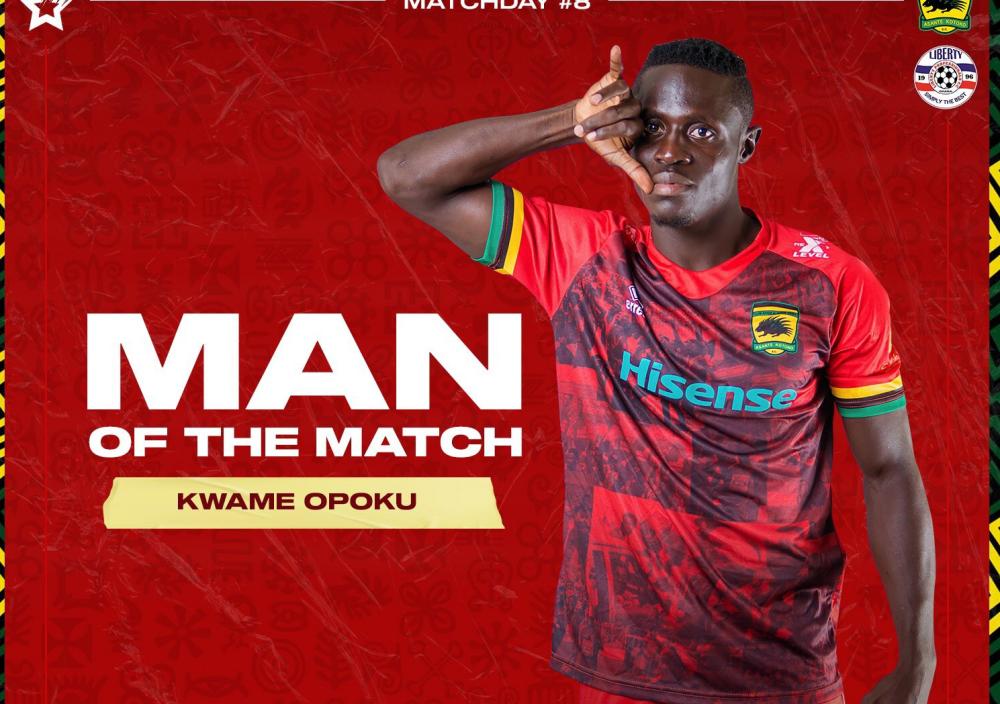 Asante Kotoko have been swift to react to reports that they are set to pay an agency fee in connection with Kwame Opoku's transfer to USM Algiers.

The Ghanaian international secured a move to the Algerian outfit last month in a deal of around 300,000 euros.

Though the money has not been paid to Kotoko, one agent called Adel Hamouche has alleged that he brokered the deal but his commission of 20% is yet to be paid and efforts to get in touch with the Chief Executive Officer of Kotoko, Nana Yaw Amponsah has not been successful.

Kotoko have drafted a statement stating that the deal was done between two clubs, without any agent. 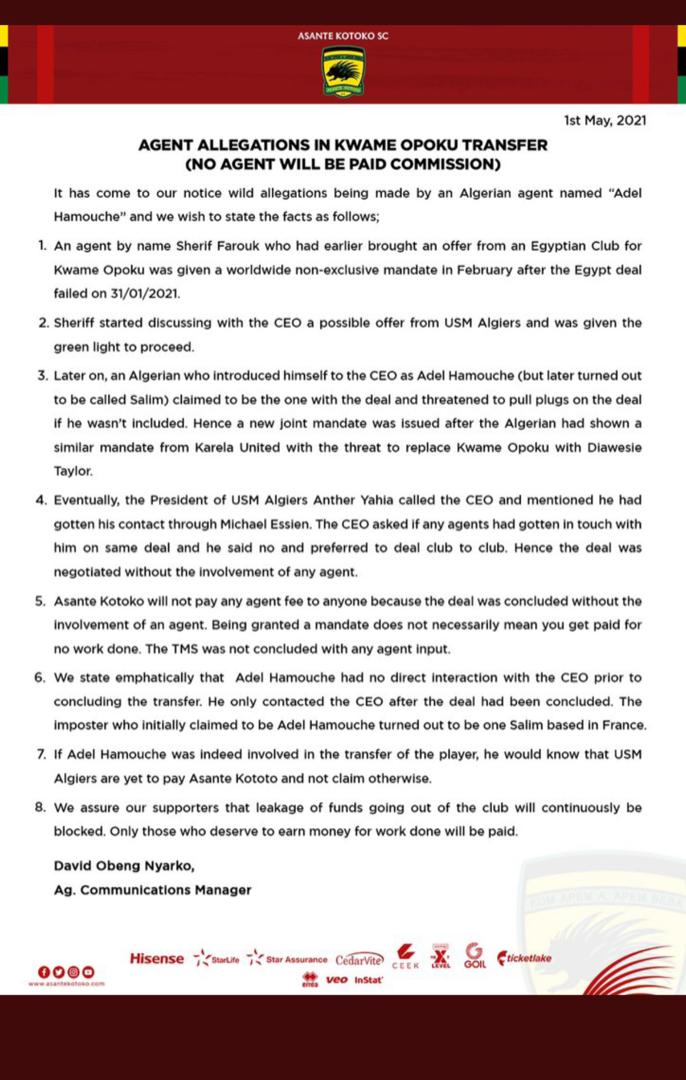