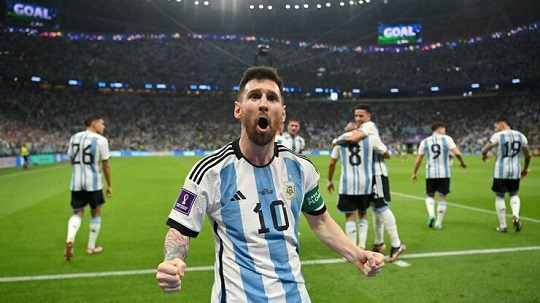 Lionel Messi was far from his best, but produced one moment of magic to keep Argentina in the World Cup, with Enzo Fernandez adding another of his own late on to secure a 2-0 win over Mexico.

Although dominating possession, Argentina looked far from certain to break the deadlock with Mexico defending with great organisation and numbers.
However, 19 minutes into the second half Messi received a square ball from Angel Di Maria and with his first touch pushed the ball in front of him, giving him the space to drill his second contact low inside the corner giving Guillermo Ochoa no chance.

Talented young midfielder added a stunner of his own in the final minutes as he took the ball from a corner and curled an unstoppable shot into the corner.

The victory moves Argentina second in the group with three points, one behind next opponents Poland and above Saudi Arabia on goal difference. Mexico prop up Group C with a solitary point.