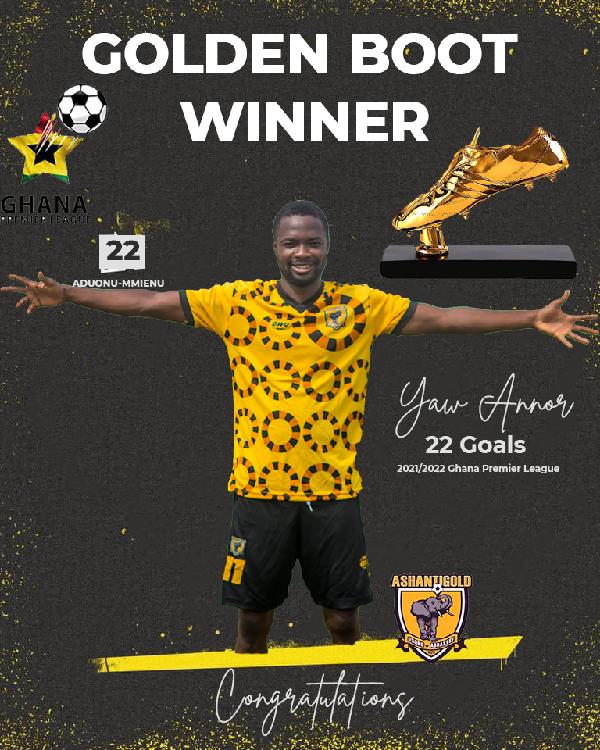 The attacker scored 22 goals to be crowned the goal king in the just-ended campaign.

His brace against Goldstars has also won him the Ghana Premier League goal king gong at the expense of Asante Kotoko’s Frank Mbella who scored 21 goals.

Yaw Annor put up a splendid performance to help the miners secure a point against Bibiani Goldstars in the final day of the league season.

After the break, the Ghana Premier League newcomers fought to draw against the miners at the Duns Park.