AstraZeneca: US to share up to 60m vaccine doses 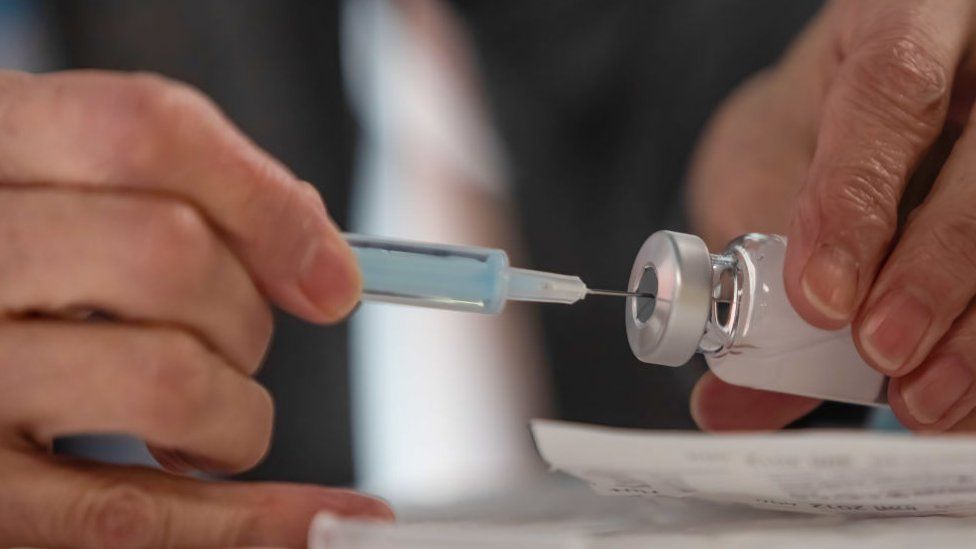 The US will share up to 60 million doses of its AstraZeneca vaccine with other countries as they become available, the White House has said.

The doses will be able to be exported in the coming months after a federal safety review.

The US has a stockpile of the vaccine even though its regulators have not yet authorised it for public use.

Critics have accused the government of hoarding the vaccine, while other countries are in desperate need.

Last month President Joe Biden pledged to share about four million doses of the AstraZeneca vaccine with Mexico and Canada - both of which have approved the jab.

The crisis in India has also piled pressure on the Biden administration to share US health resources.

On Monday, the White House said it expected that about 10 million doses of the AstraZeneca vaccine could be released when the Food and Drug Administration (FDA) finishes its review in the coming weeks.

It said that another 50 million doses were in various stages of production.

At a news briefing, White House spokeswoman Jen Psaki said FDA officials would carry out quality checks on doses before they were exported.

"Our team will share more details about our planning and who will be receiving offers from here, but we're in the planning process at this point in time," she added.

The US has already announced that it will provide raw materials for Indian vaccine manufacturers as the country battles a devastating surge in cases.

The FDA has so far authorised three vaccines against Covid- 19 - Pfizer BioNTech, Moderna and Johnson & Johnson (Janssen). Experts say it looks likely that these will provide all the country's needs and the AstraZeneca jab may not be needed.

According to the latest figures, more than 53% of adults have so far received at least one dose of vaccine.

US seizes chance of 'vaccine diplomacy'
Analysis box by Anthony Zurcher, North America reporter
The US handling of the coronavirus pandemic has had plenty of shortcomings, but vaccine production isn't one of them. The Biden administration has an abundance of jabs, and now it is sharing some of that bounty with other countries.

The decision to ship as many as 60 million doses of the AstraZeneca vaccine - which have yet to be approved for use in the US - comes at a critical moment, with US neighbours Canada and Mexico continuing to struggle and India facing a devastating surge in cases.

It gives the Biden administration the opportunity to engage in "vaccine diplomacy" - using the shipments to pressure other nations to follow suit and engender goodwill that might help advance other US foreign policy priorities.

At the very least it inoculates Joe Biden from criticism that the US has turned its back on the world as it sat on millions of doses that weren't needed - or wanted - when they could be saving lives.

The domestic risk for the president seems minimal, as long as the US supply holds up. It signals the administration's growing confidence that the domestic challenge ahead isn't one of having enough jabs, but convincing all Americans to receive vaccinations that are already available.