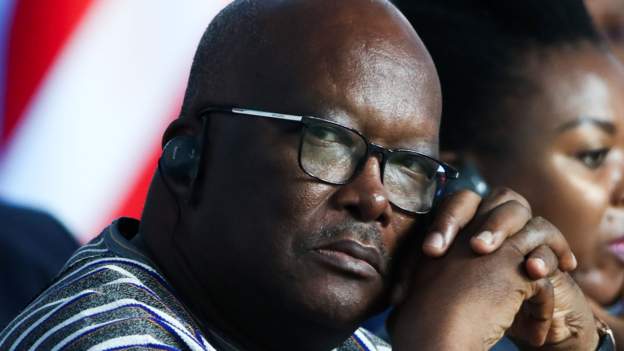 The activities of Burkina Faso's opposition party, the Patriotic Front for Renewal (FPR), have been suspended for three months after it demanded the resignation of President Roch Marc Christian Kaboré and his government, the AFP news agency reports.

On 3 November, the FPR said President Kaboré - who was elected in 2015 - had failed to stem Islamist militant activity in the country.

Minister for Territorial Administration Simeon Sawadogo is quoted as saying that the FPR had violated laws regulating political parties.

He ordered the party, which has no seat in parliament, not to hold meetings in the period of the suspension.

In January, President Kaboré's prime minister and the entire cabinet resigned over a rise in kidnappings and jihadist attacks.